Warning: Use of undefined constant ‘bwp_template_redirect’ - assumed '‘bwp_template_redirect’' (this will throw an Error in a future version of PHP) in /home/customer/www/blog.sagradafamilia.org/public_html/wp-content/themes/blog-sagrada-familia-v2/inc/security.php on line 115
 What are the main milestones for the Sagrada Família in the future? - Blog Sagrada Família

The Sagrada Família is advancing at a promising pace. In recent years, we’ve witnessed construction of some key elements of the Temple: the western sacristy, the cyma on the Passion façade and the adjacent garden are some of the most representative examples. Now we are looking optimistically towards the future and our main goal is to raise the six central towers of the Basilica with our sights set on 2026. As we’re moving into a period full of memorable moments in the construction of the Sagrada Família, here are the main milestones for the coming decade.

2020: RESUMING WORK ON THE GLORY FAÇADE

Work on the Glory façade is expected to begin again in 2020, although it won’t be starting from scratch. Currently, 8% of the structure has already been completed as are the foundations and the walls at the base of the towers where the portals are located.

For the architectural development of this façade, on Carrer Mallorca and the location of the main entrance to the Basilica, architects will follow the guidelines left behind and preserved to this day from both Gaudí and his disciples: fragments of the original model made by Gaudí himself, archive photos of the original model when it was made and the written information left by Gaudí’s disciples regarding the symbolism and architecture of the Temple. With these records, of great technical and architectural value, we have been able to reproduce plaster models of the full Glory façade, true to Antoni Gaudí’s original work.

Regarding the symbology of the Glory façade, in 2017 the Sagrada Família Foundation appointed three theologians, Reverend Armand Puig, Francesc Torralba and Reverend Joan Galtés, to advise the current team of architects on how to sculpt the messages Gaudí wanted to convey on this façade, ensuring they are true to the original project and its religious meaning. 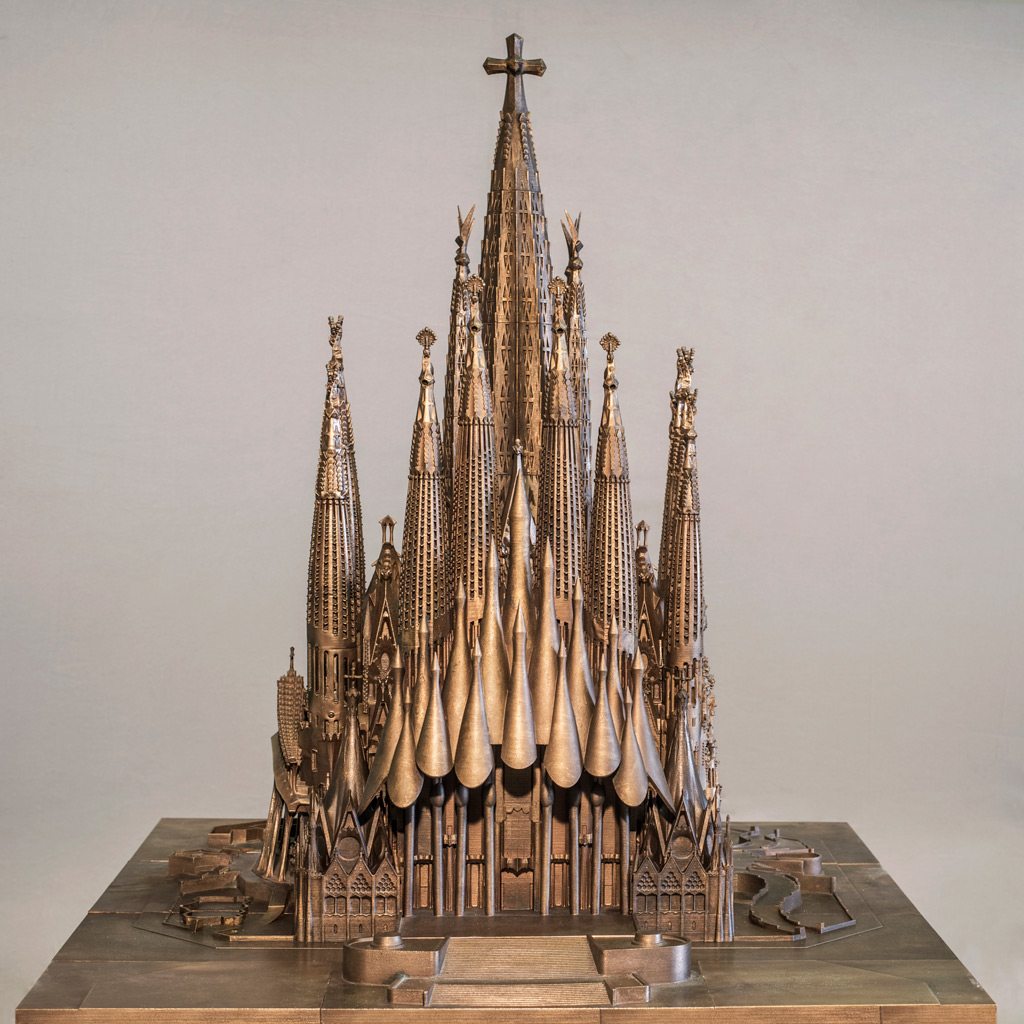 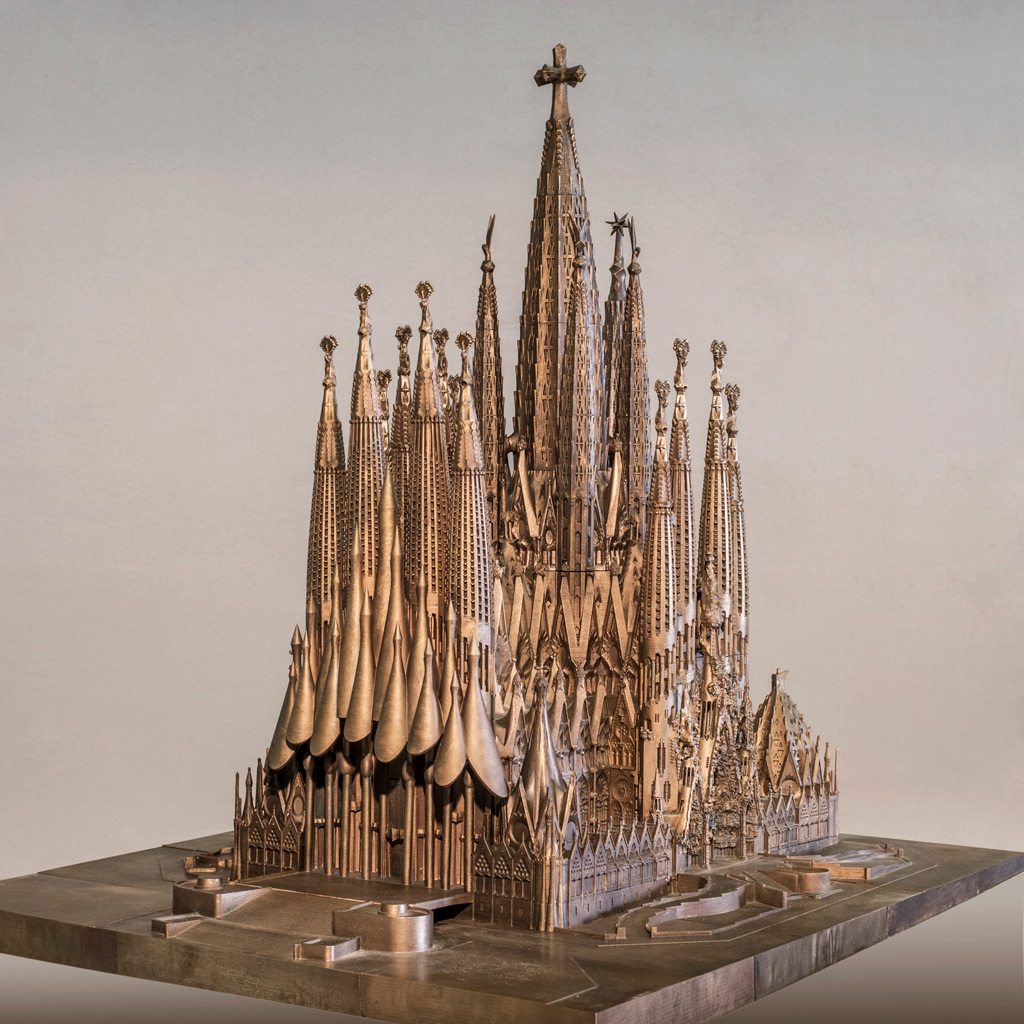 2022: REACHING THE TOP OF THE CENTRAL TOWERS

Today, however, all efforts are focused on building the six central towers of the Sagrada Família, which are the true protagonists of the works now. Work is expected to be completed in 2022.

All the Temple’s towers (eighteen in total, eight of which are already complete) are parabolic in shape, highly stable and wind-resistant. They come to a point at the top to accentuate the sensation of verticality, svelteness and elevation towards the heavens. The six central towers, however, are being built with an innovative and little-known construction method: post-tensioned stone. This pre-assembly technique consists in building a system of stone panels and then applying tension to the stainless-steel bars. These pieces are made in a workshop in La Galera, in the town of Gaià, and then transported to the Basilica to be put in place. This method makes it possible to safely use stone as a building and structural material, following the guidelines Antoni Gaudí left behind.

Watching the towers rise up from the outside is a fantastic experience: the tower of the Virgin Mary now stands 85 metres tall. The towers of the evangelists Luke and Mark are expected to reach 86.82 metres by the end of 2017 and the towers of the evangelists John and Matthew will reach this height by mid 2018. Regarding the tallest tower of them all, the tower of Jesus Christ, in the last quarter of 2017 work is under way on the diaphragm, the inner part of the tower that houses the base structure. When this is complete, work will begin on putting panels in place. At the same time, work is also being done on the staircases and railings inside.

In late 2018, a much-awaited moment will arrive, when the six central towers all stand at roughly 90 metres, at the same level as the eight finished towers on the Nativity and Passion façades. When this moment arrives, the towers of the evangelists will be connected to the tower of Jesus Christ by bridges.

The sacristies are the places in a church where the objects needed for liturgical celebrations are stored and where priests change and prepare for celebrations. They are normally located inside the church, but Gaudí decided to take advantage of the unique shape of the cloister to create two sacristies, on the northern and western corners of the Basilica, just off the apse.

In 2016, work finished on the western sacristy and in 2022 construction is expected to begin on the sacristy on the Nativity façade. Both sacristies are symmetrical and architecturally identical: they have a square base, forty metres tall, and six levels inside (one underground level and five above-ground) connected by a circular staircase. Outside, both sacristies are split in two parts: a stone wall that has the same structure as the sections of the cloister and, on top of this base, a dome made up of twelve paraboloids with triangular openings for proper lighting. It is currently yet to be established what each floor in this second sacristy will be used for. 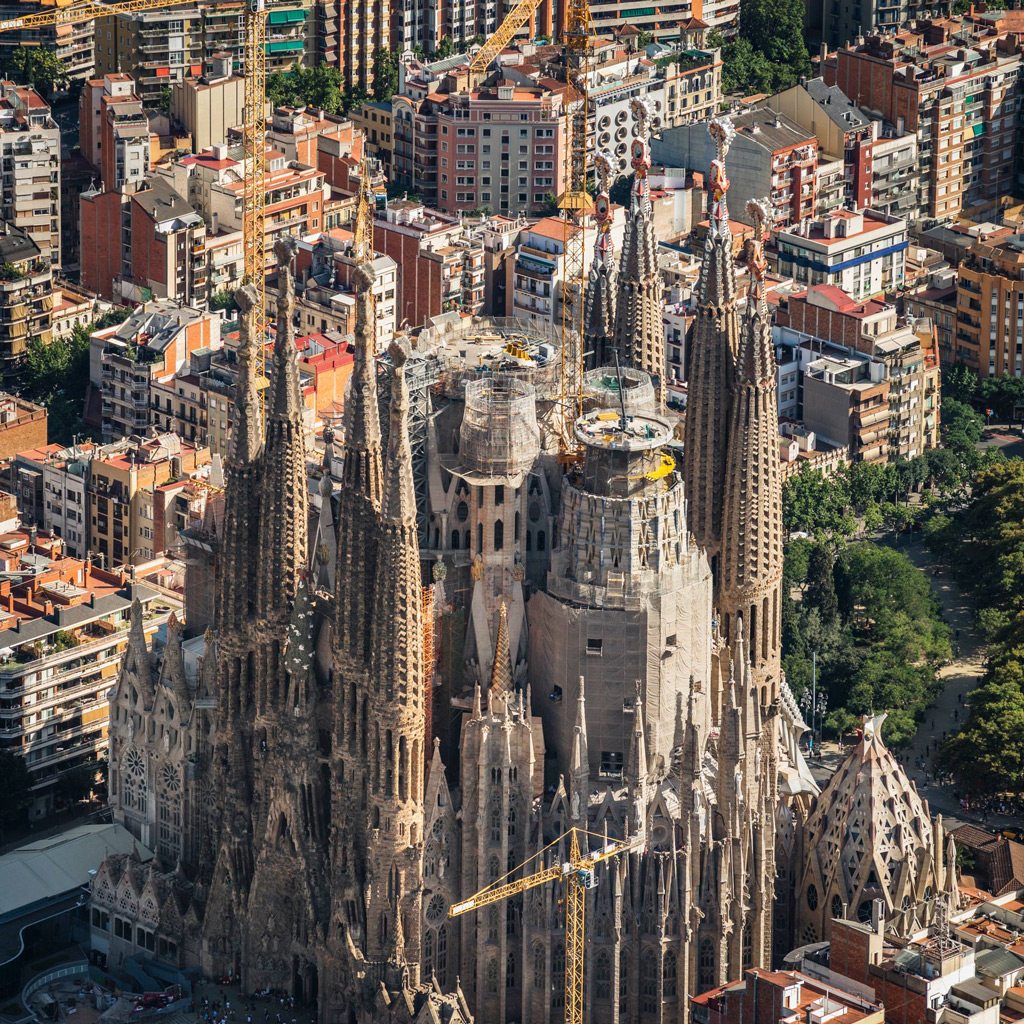 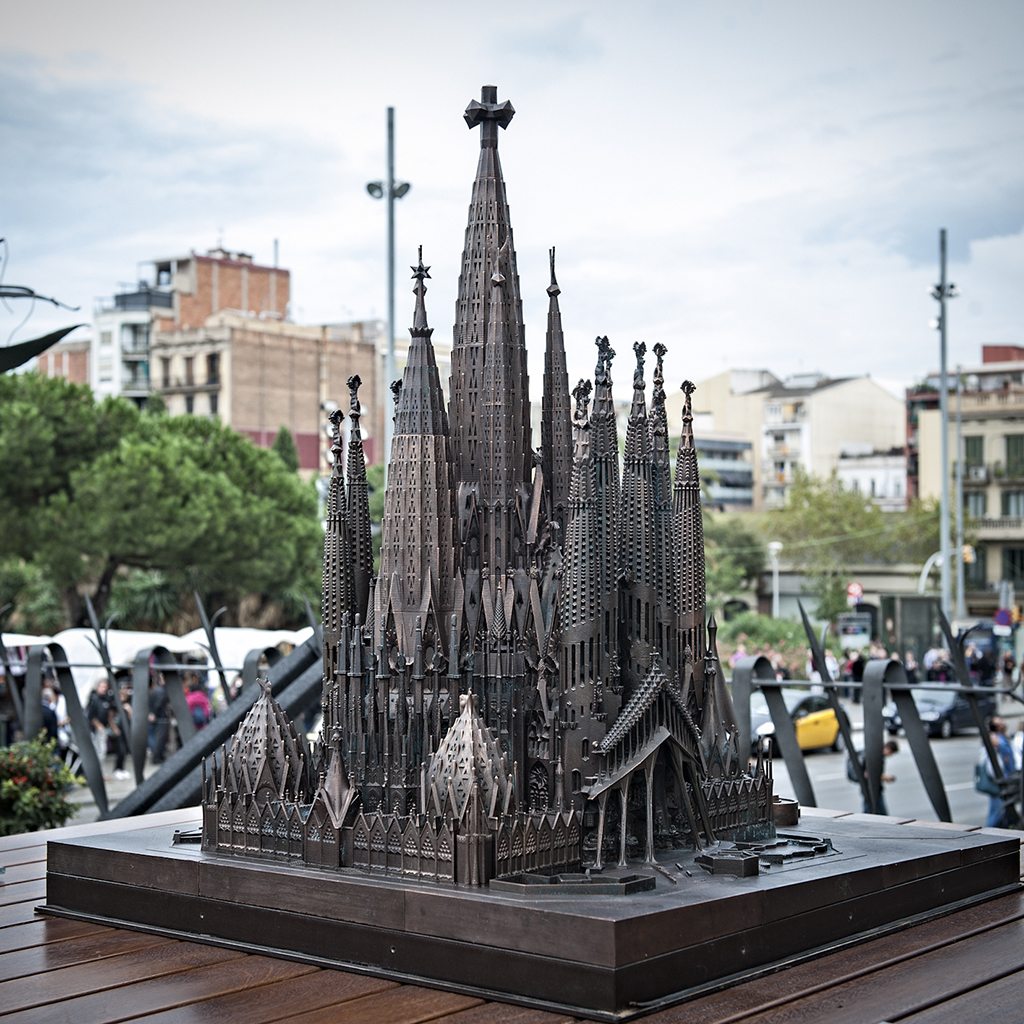 Although it remains to be seen whether work will have begun on the sculptural elements of the Glory façade by 2026, which is the final stage of construction of the Temple, this is the year that all architectural work on the Basilica is scheduled to be completed.

So, 2026 will be a historic moment: we will finally see the completed Basilica of the Sagrada Família. This will be the moment when Gaudí’s dream, and that of a whole people, will come true! 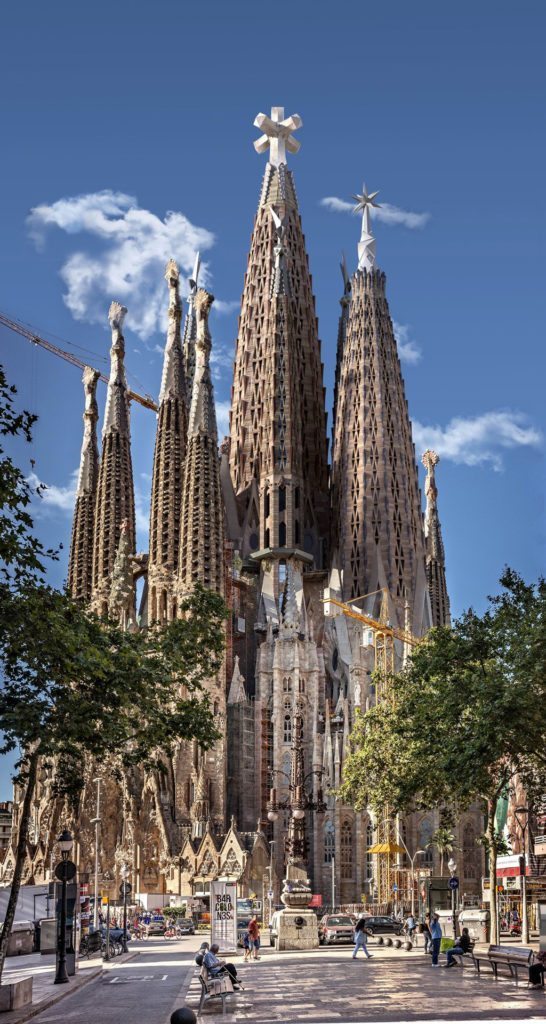