This week the tower of the Virgin Mary will once again be growing, after a month and a half in which work was stopped to install the skylight over the altar. Last Tuesday, nine stone panels were delivered to the Temple and work began to put them in place, taking us up to the sixth level of this central tower.

Right now, no further works are scheduled that would interfere with the tower’s upward progress, so work on raising all the towers will continue. So, from now on, we will regularly be able to see new panels being put in place at a regular pace, with approximately one new level each month.

Activity in La Galera, where the stone panels are put together, hasn’t stopped over this month and a half, however. They have been working on new pieces for the tower of the Virgin Mary, which will be the second tallest tower at the Sagrada Família and is located over the apse. When this sixth level is complete, the tower will stand at 81.95 metres with a total of 72 panels in place.

The centre of the star on top of the tower will be at the same height as the towers of the evangelists (135 metres), so the tip of the star will be at nearly 140 metres above street level. The tower of Jesus Christ will be 172.5 metres tall. 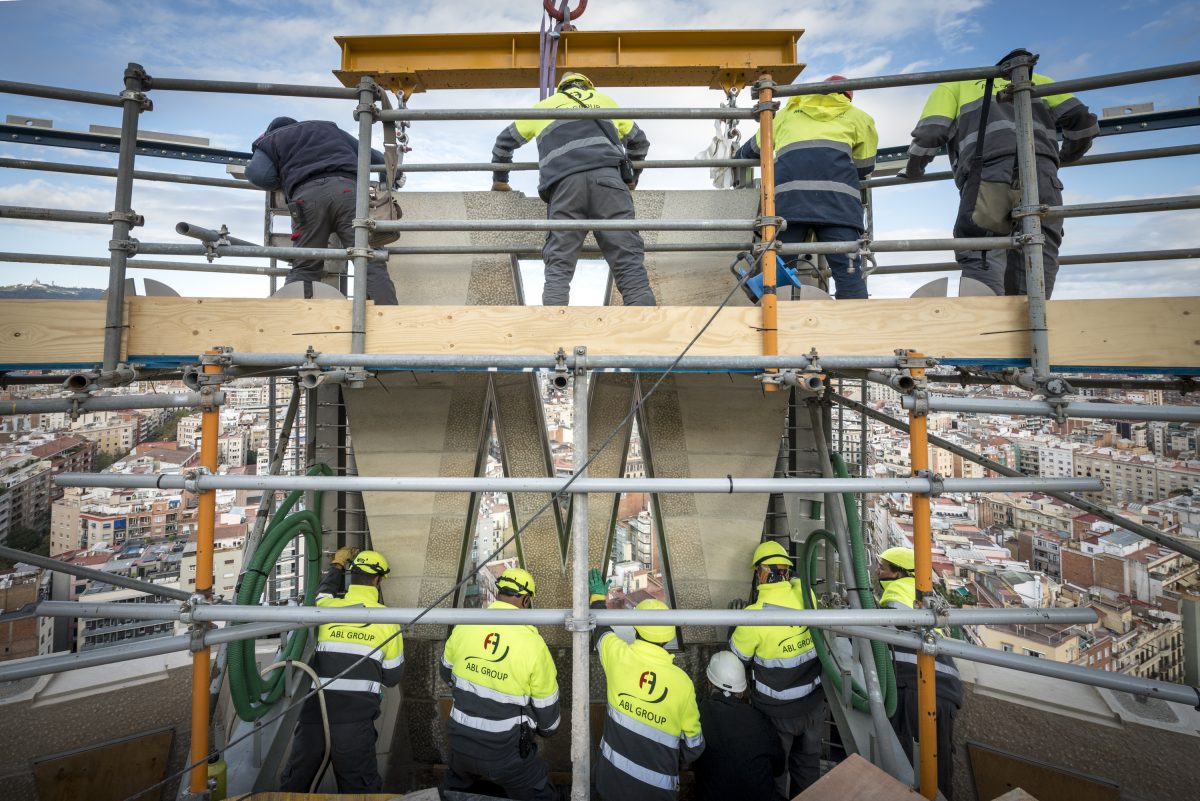 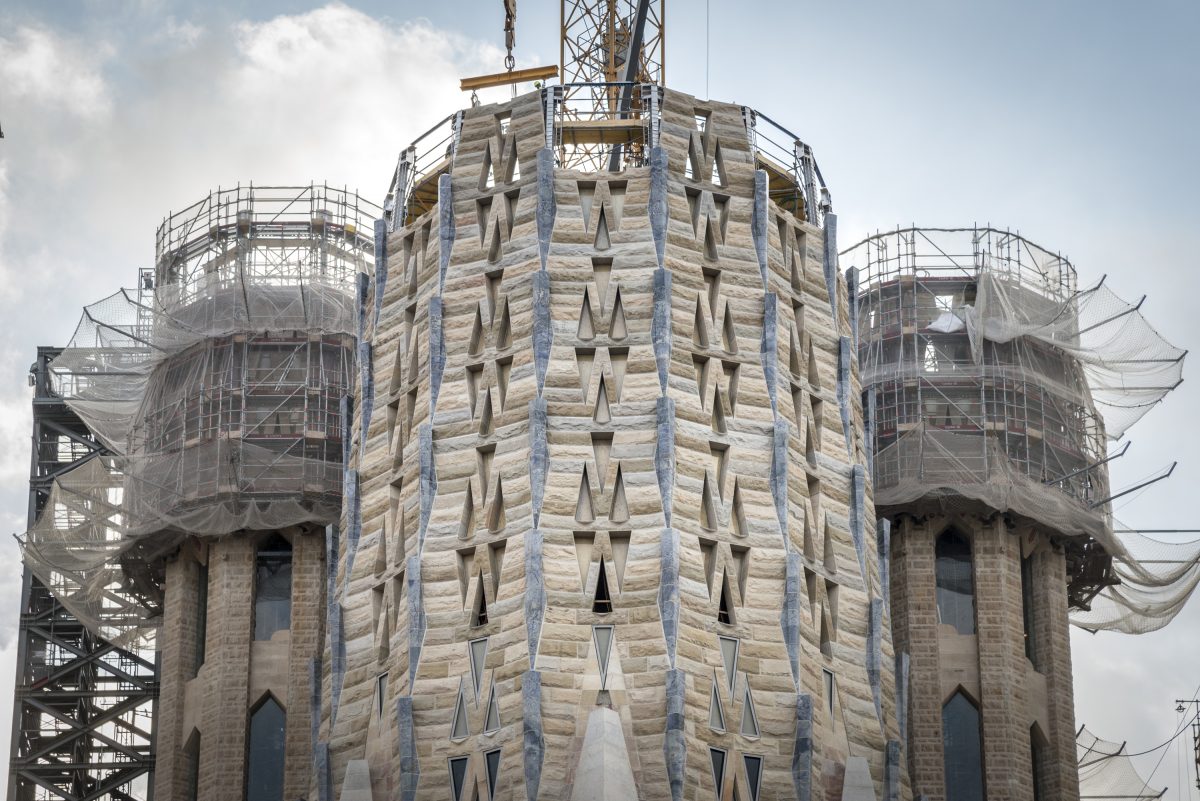