The Temple of the Sagrada Família is designed based on height being dominant over the other dimensions; its composition, therefore, is vertical. In fact, one of the things that most impresses visitors is its great height inside, with columns that rise freely up to 15, 30 or 45 metres, where they meet the various vaults. These, in turn, begin 30 metres above the side naves, rising to 45 above the central nave, up to 60 above the crossing, and 75 above the apse. Gaudí choose these heights because he knew they would look lower due to perspective, which notoriously contracts dimensions at a distance. With them, the inside of the Basilica conveys a feeling of elevation, a sensation Gaudí also wanted for the outside of the Temple, which in this case comes from the lanterns that are now being built.

Gaudí really wanted to highlight this verticality and decided one lantern, as has been common in cathedrals historically, wasn’t enough; he designed six. As he explained, the lantern is the exaltation of the Temple. It has an inner and outer life. Seen from the inside, it enhances the central point of the inner space with an empty volume that lets light shine straight down on the altar, because otherwise the crossing would be the darkest part of the Temple as it is the furthest from the façades where the windows are normally located. The outside of the lantern, however, has a representational purpose, as it crowns the building and serves as a connection between earth and the heavens.  In the case of the Sagrada Família, with its grouping of lanterns and bell towers, the overall pyramidal shape of the building is further accentuated.

Of all the lanterns at the Temple, the tallest is the tower of Jesus Christ, which will stand 172.5 metres above the temple floor at the crossing. Above the apse, the lantern dedicated to the Virgin Mary will reach a total height of 138 metres, and those of the Evangelists will be 135 metres tall. 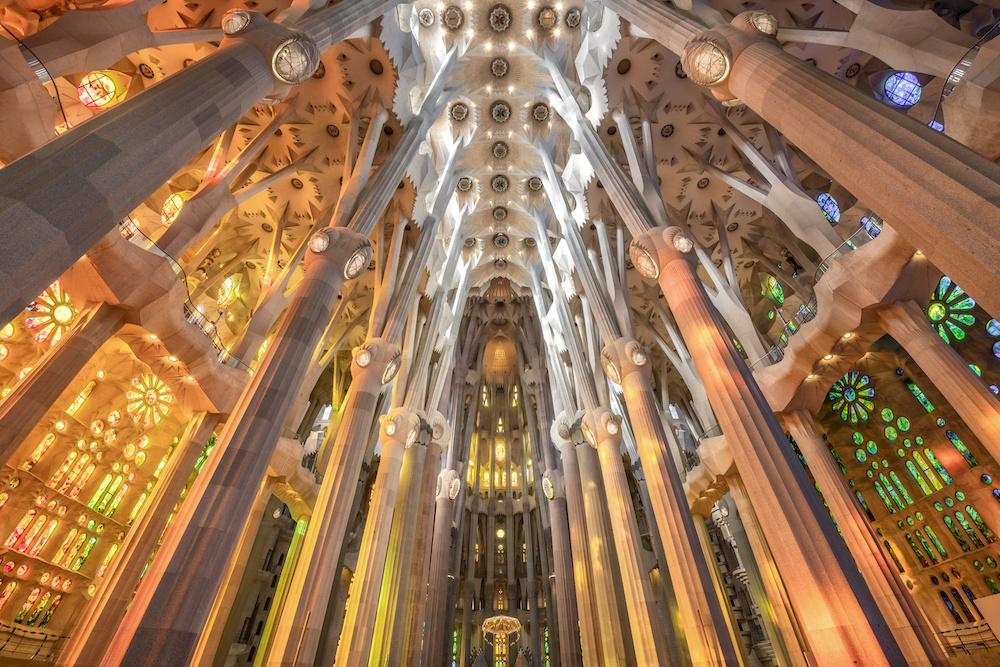 Since the first writings compiled in 1914 and 1915 by Martí Matlleu, secretary of the Junta Constructora del Temple Expiatori de la Sagrada Família and author of the collections describing the project and the works, we can see that Gaudí established the height of Montjuïc, an important element in Barcelona’s skyline, as the upper limit for the height of the Temple. This mountain represents nature, creation, the work of God, and out of respect for it, the highest lantern at the Temple had to be a bit lower. So, while Gaudí was alive, initially the maximum height of the Temple was set at 160 metres and, later, at about 170.

Much more recently, a detailed study of the proportions of the project discovered that there is a module that governs the horizontal, vertical and cross-sectional dimensions, which has a base measurement of 7.5 metres or the distance between the columns. This has been used to determine the maximum height of the Temple, set at 172.5 metres in order to respect Gaudí’s logic. This way, on the one hand it respects the module system discovered, as this height is 23 modules of 7.5 metres, and, on the other, it also abides by the idea that the Temple shouldn’t rival Montjuïc, meaning the highest point had to be below the approximately 180 metres of this mountain’s highest point.

This number is also symbolic, as it is 24 modules of 7.5 metres and double 90 metres, which is the maximum length of the interior, from the door to the rear of the apse. It is also used as a reference for establishing the rest of the basic exterior proportions, such as the maximum height of the towers of the Evangelists and the centre of the morning star that will crown the tower of the Virgin Mary, which is 135 metres or 3/4 of 180 metres, and the height of the highest bell towers on the Glory façade, which will stand at 120 metres, or 2/3 of 180 metres. 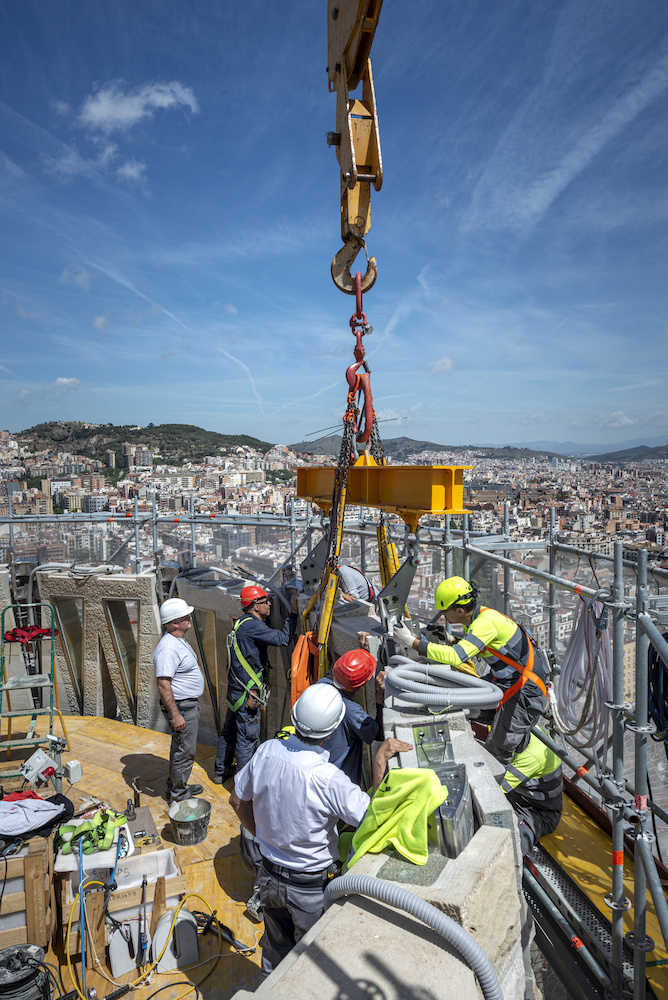 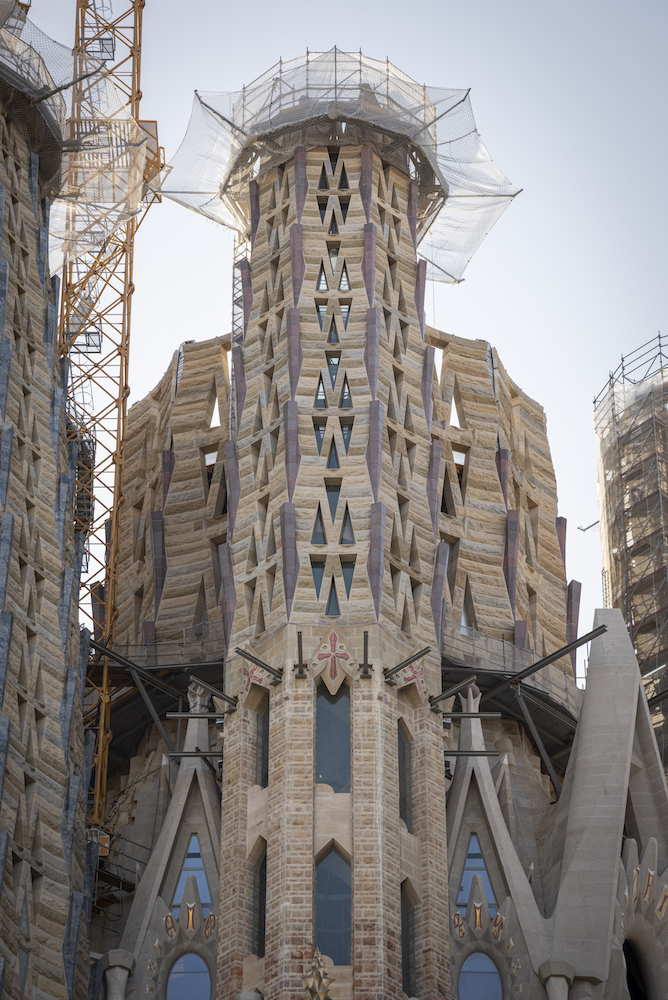 The tallest bell towers on the Passion façade are 112 metres tall and those on the Nativity façade are 107.5 metres tall, so now that the tower of Jesus Christ is at 101,5 metres, the tower of the Virgin Mary at 104.35 and the towers of the Evangelists at 103.56, we’re very close to surpassing the Temple’s current maximum height. From this point on, the new, final outline of the Sagrada Família in the city centre will start taking shape.