Today we’ve taken the first steps down the road to a very important milestone in the history of the temple: construction of the tower of Jesus Christ. The first panels on the central lantern, the tallest at the Basilica, began going in this morning with the help of a mobile crane, which lifts them to an intermediate platform 30 metres above ground level, from which they are taken to the base of the tower, 85 metres up.

These first panels are so heavy, weighing up to 31 tonnes each (an elephant weighs seven) and so big, 5.88 metres high and 5.12 metres wide (nearly twice as big as those on the other lanterns), that they had to be split into two parts. The lower part will go in this week and the upper, finishing off these panels, will be put in place next week, without the help of the mobile crane. Once this task is complete, the tower of Jesus Christ will stand at 90.81 metres of its total 172.5. 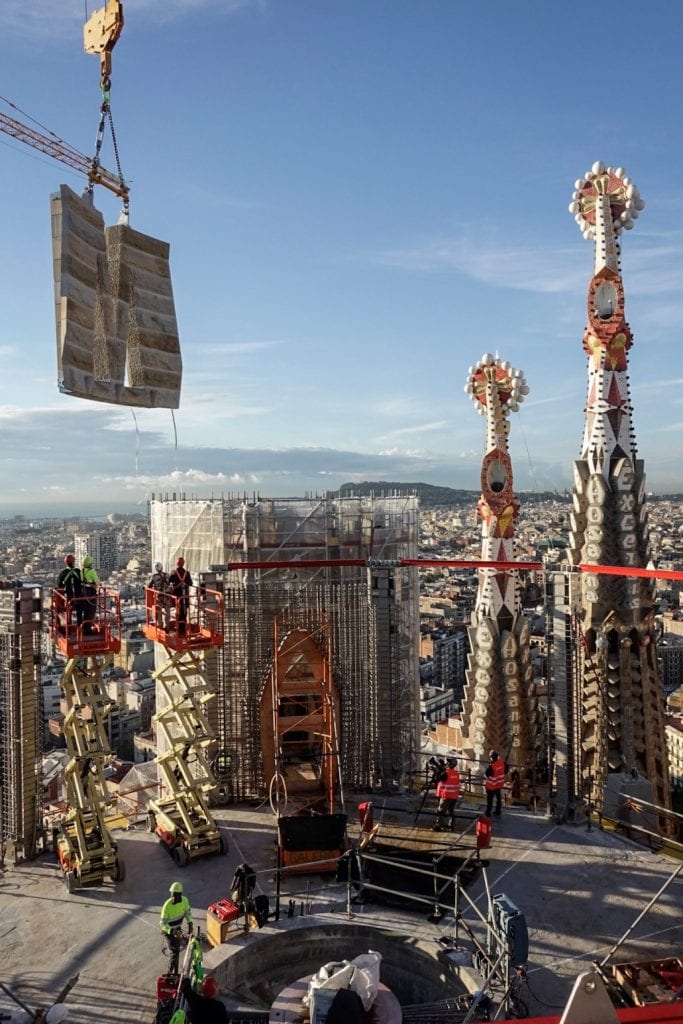 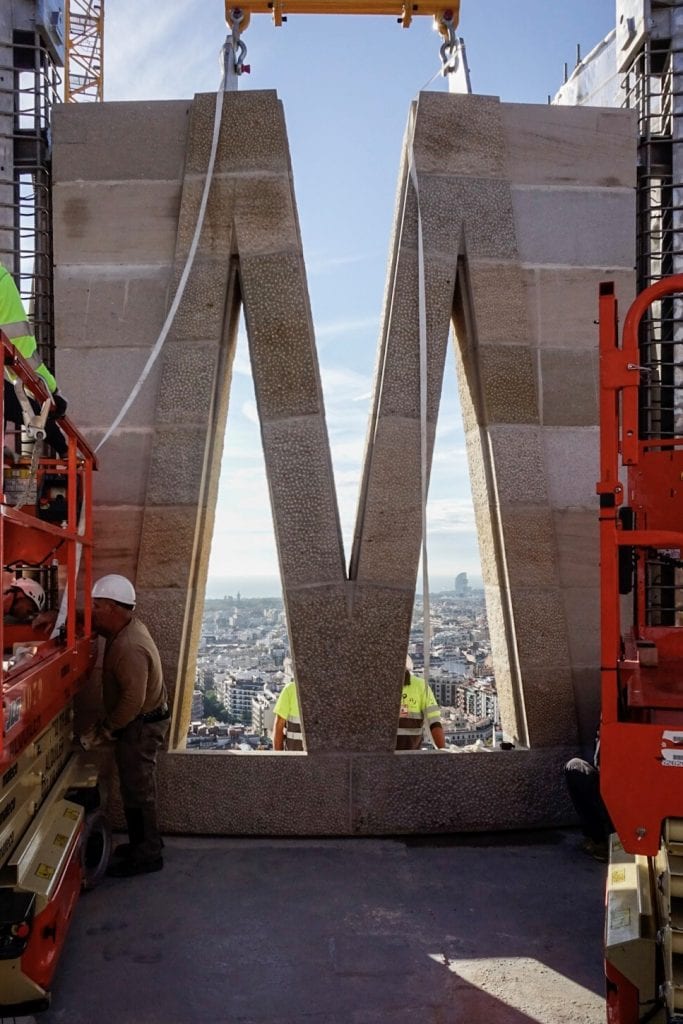 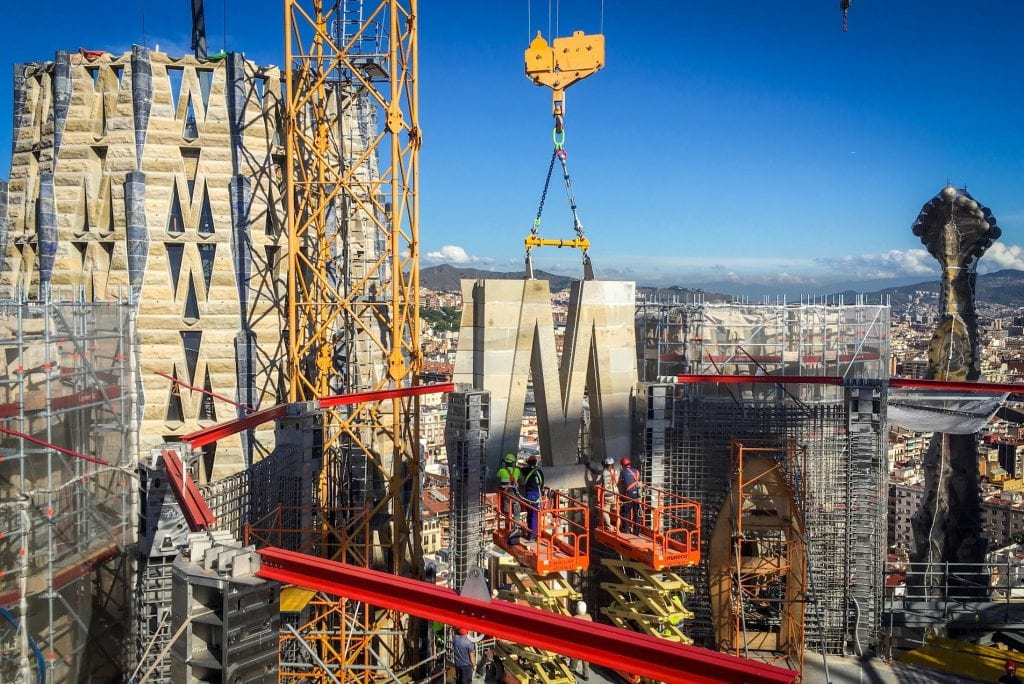