One of these was the flooring. The flooring put in when the Basilica was opened to the public wasn’t definitive. A provisional flooring was put in that could stand up to the comings and goings of all the visitors and, especially, the wear and tear of the machinery, lorries and elevating platforms that have had to pass through the Basilica since then and will continue to do so for quite a while longer.

The provisional flooring, however, had some of the basic intentions of the final, definitive flooring, which is now being laid and is, at times, the reason visitors come across areas blocked off to hide the work under way. On the one hand, red granite porphyry was used to mark the central aisle of the main nave and the transept, highlighting the church’s cross-shaped floor plan and reinforcing the meaning of the paths along it: the centre aisle, which runs from the main entrance on the Glory façade to the altar, is the path believers take to enter the Church and reach God, and the corridor on the transept, running from the façade of his Nativity to that of his Passion. 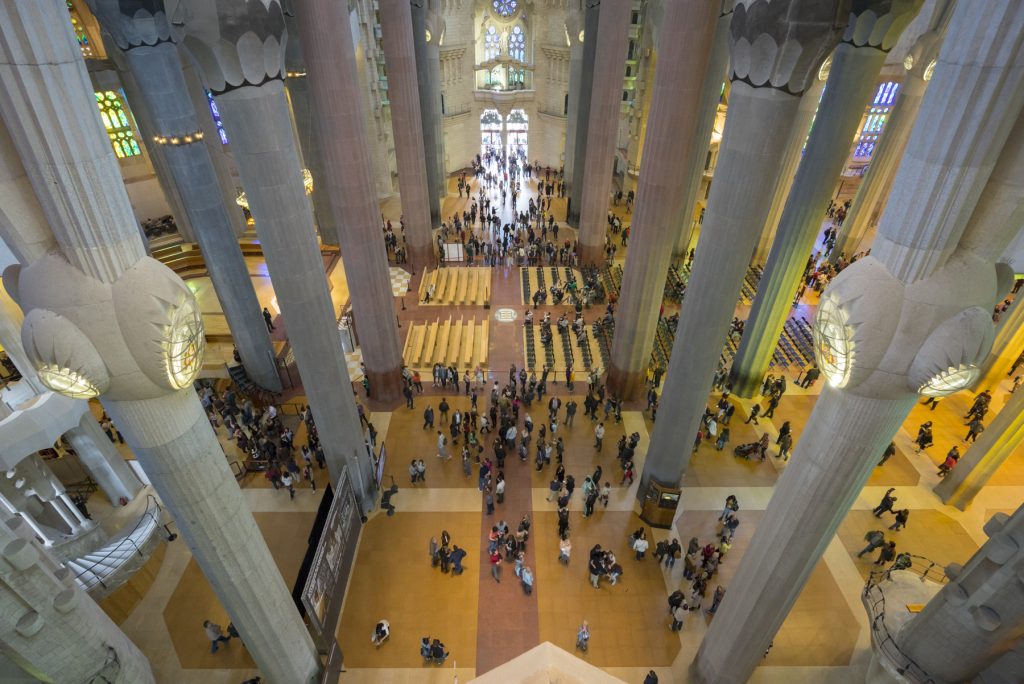 On the other, the provisional flooring also took into account the layout of the columns, which are set out on a 7.5 x 7.5-m grid that is used for the whole floor plan. The axes of this main grid were marked with thick strips of Sénia marble. The inside of each module, which is most of the flooring in the Temple, was laid with an artificial material made of cork and pressed cement.

The final flooring maintains the idea of highlighting the central cross in red granite porphyry but in a much thinner, more stylised manner. The initial thickness coincided with the position of the pews that were installed, which blocked the shape and path of the cross. By making it thinner, the cross clearly stands out against the flat colour that covers the rest of the space. 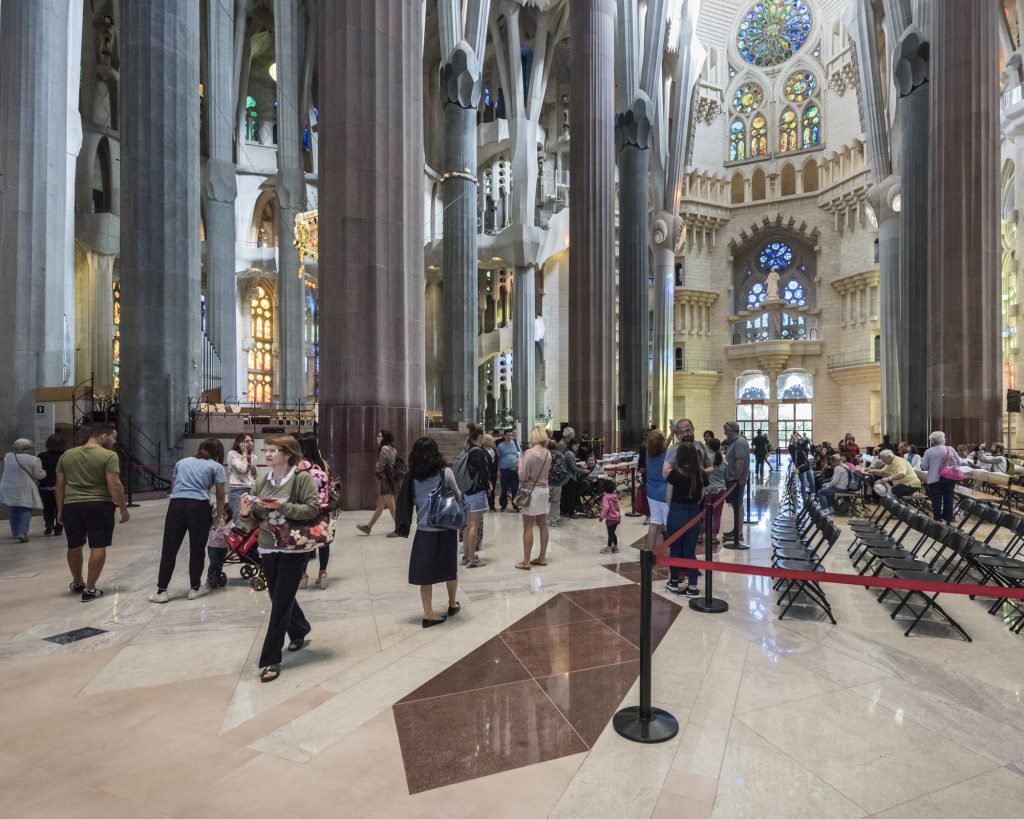 Regarding the relationship between the flooring and the grid for the columns, the idea has changed considerably: the old wide bands marking the axes of the grid weren’t aligned, as the geometric composition has been changed and the bands rotated 45 degrees. Now, the bands draw visitors’ eyes up towards the side façades as they walk along the centre aisle, opening up new perspectives that could otherwise go unnoticed and will help visitors experience the Temple as a true forest and not a plantation with rows of trees. The colour of these diagonal strips, in Himalayan granite (dark grey) only stands out a little against the Ituanas granite (light grey). The difference is subtle so as not to distract visitors’ attention from admiring Gaudí’s unique vaults.

One last innovative touch in the flooring of the Basilica is that each of the intersections of this diagonal grid of 45º strips is a square of Brazil blue granite, the same stone used for the arrises on the tower of the Virgin Mary.

The link between the flooring and the columns is also reflected in the star shape that is formed by the pieces around each of the columns. The layout of the stone is very subtle and carefully designed. By carefully observing this shape formed by the seams, visitors can discover how the pieces become bigger as the eye moves outward.

The process of replacing the provisional flooring with the final one is being done in phases to minimise its impact on visitors as much as possible. Currently, work is under way on the Passion side of the transept and, starting in January, work will begin on the next phase, which covers most of the central nave and a part of the back in the Glory/Passion corner. This new phase is expected to be complete by July 2018. 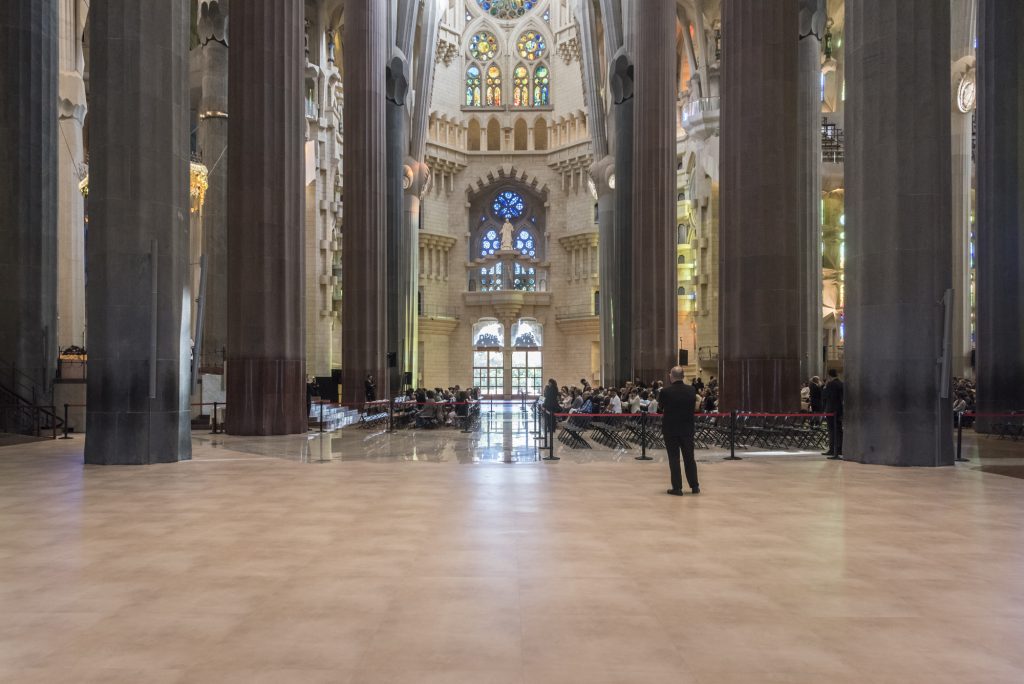