We’ve just kicked off a new year and, as always, it is full of resolutions. At the Sagrada Família, however, we remain fixed on our goal: to finish the Temple just as Gaudí designed it. Every year, we reach little, or not so little, milestones that keep us on track towards finishing the works. In 2018, for example, we finished the Passion façade and began building the tower of Jesus Christ. But what will 2019 bring us? Here’s a preview!

1- THE TEMPLE WILL HAVE A NEW PROFILE

The most iconic image of the Temple is the profile of the four bell towers on the façades cut out against the sky, known worldwide. But 2019 will be the year this skyline, which can be seen from points around the city of Barcelona, begins to change. And it will do so because the central towers will continue to grow, reaching the height of those that were previously the centre of attention for people visiting the Temple. The four towers of the Evangelists, for example, which stood at 92.80 m, or five levels, at the end of 2018, will have 10 levels, or 105.99 m of the 135 m they will be in 2022. Furthermore, the tower of the Virgin Mary will go from the fourteenth level, as it stands now, to the eighteenth: with 110.65 m of the 138 final. Finally, the tower of Jesus Christ, which is beginning this year at 90.86 m after the first panels went in, nearly six metres tall and weighing more than four elephants, will finish out the year at 106.39 m, with three levels more.

So, the changes to the six central towers, which are growing at the same time, will be spectacular in 2019. In fact, by the end of the year 604 of the 768 tensioned stone panels that will make up these towers will have been put in place. This means 79% of all the panels required to build them. By the end of the year, the central towers will be taller than the bell towers on the ends of the Nativity and Passion façades, which stand at 98.5 and 102 m, respectively. 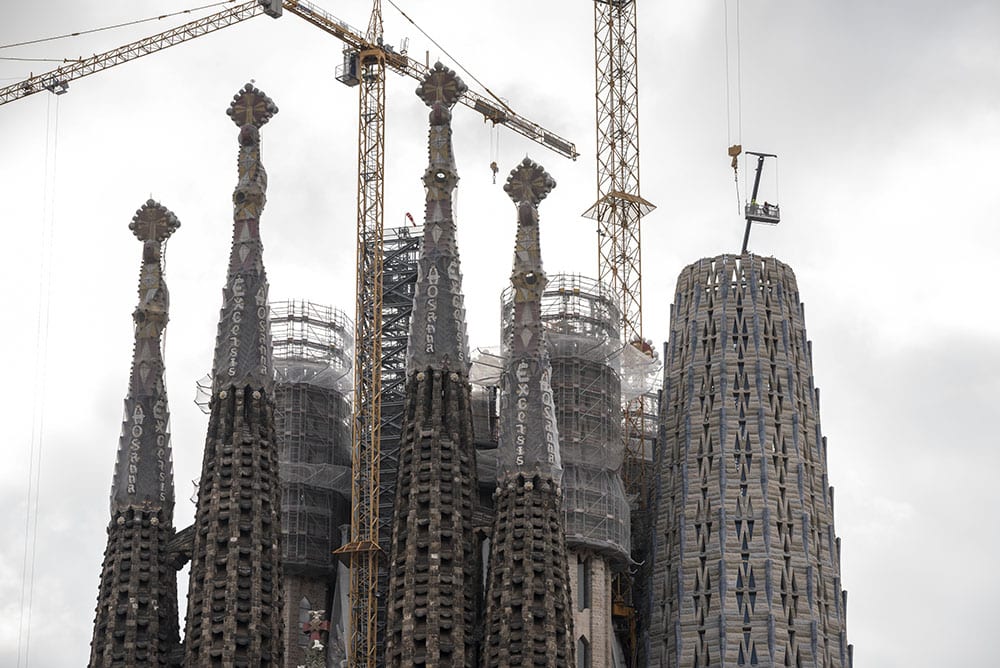 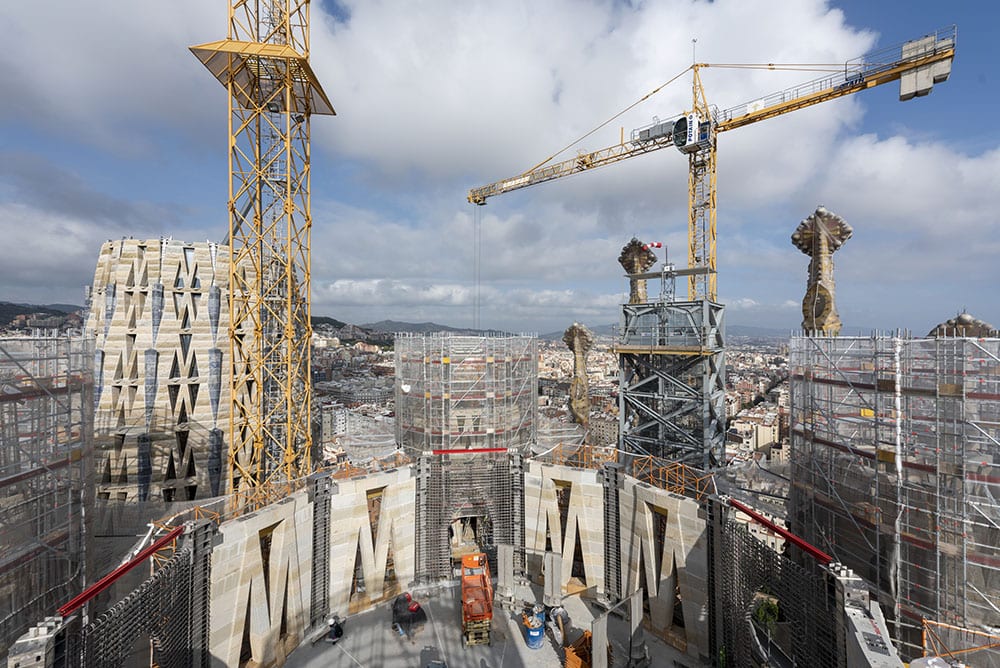 The towers of the Evangelists will be crowned with the four figures that Christianity has traditionally used to symbolise them: an angel for Matthew, a lion for Mark, a bull for Luke and an eagle for John. And, as the towers are being built, work on the terminals is ongoing. In fact, the final design and project will be completed in 2019 even though we will have to wait until 2022 to see them at the Temple in person. These pinnacles will be sculpted by Xavier Medina Campeny. 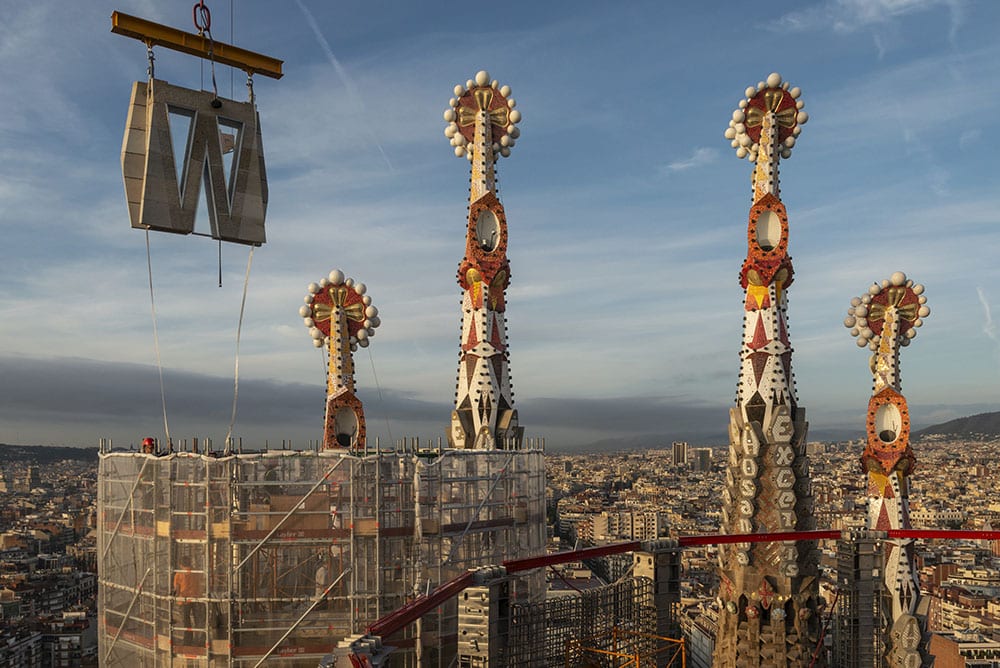 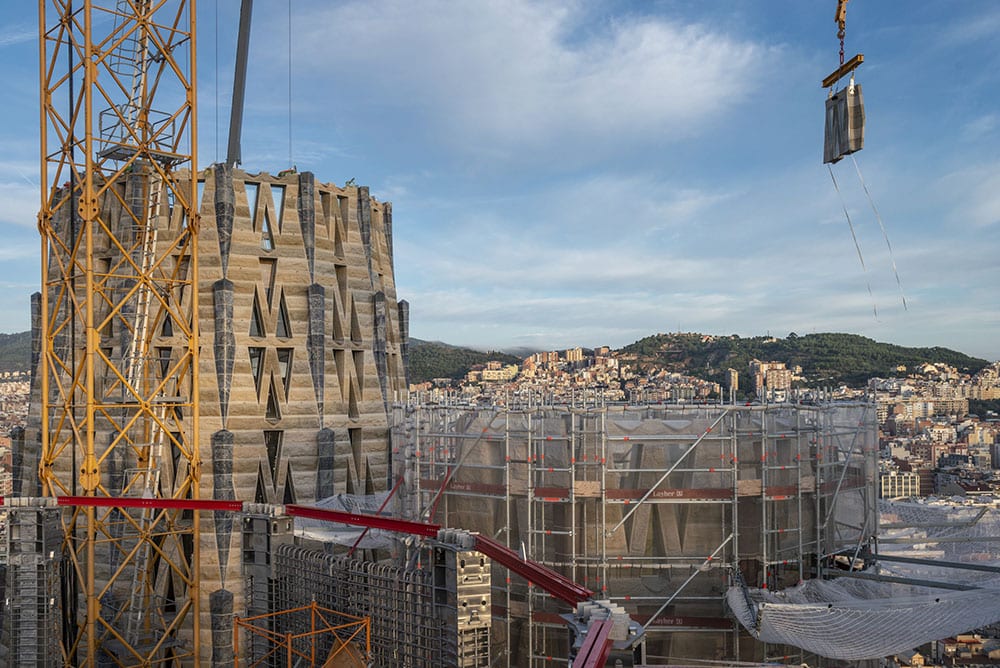 While we will be able to watch the central lantern, which will be the Temple’s highest at 172.5 m, grow from the street, work will also be under way in 2019 on the inside of the tower. In fact, it has already been decided that it will have a stone core with a glass lift taking visitors up to 143.5 m, but this year decisions will be made regarding the symbolism for the inner walls, which we do know will be based on one of Jesus’ phrases from the Gospels that expresses who he was and links to the space and the architectural elements the tower will have: “I am the way and the truth and the life.”

To see the first work on the Glory façade, which will be the main entrance to the Temple once it is finished, we will have to wait until work on the central towers is finished, in 2022. However, the preliminary work to make that possible is already under way. In 2018, in fact, steps were made towards the general design of the two chapels on either side and how they function, among other advances. 2019, however, will be the year the preliminary design for the Glory façade is completed, laying out the basic shapes of the columns, narthex, chapels and the symbolism on this façade. 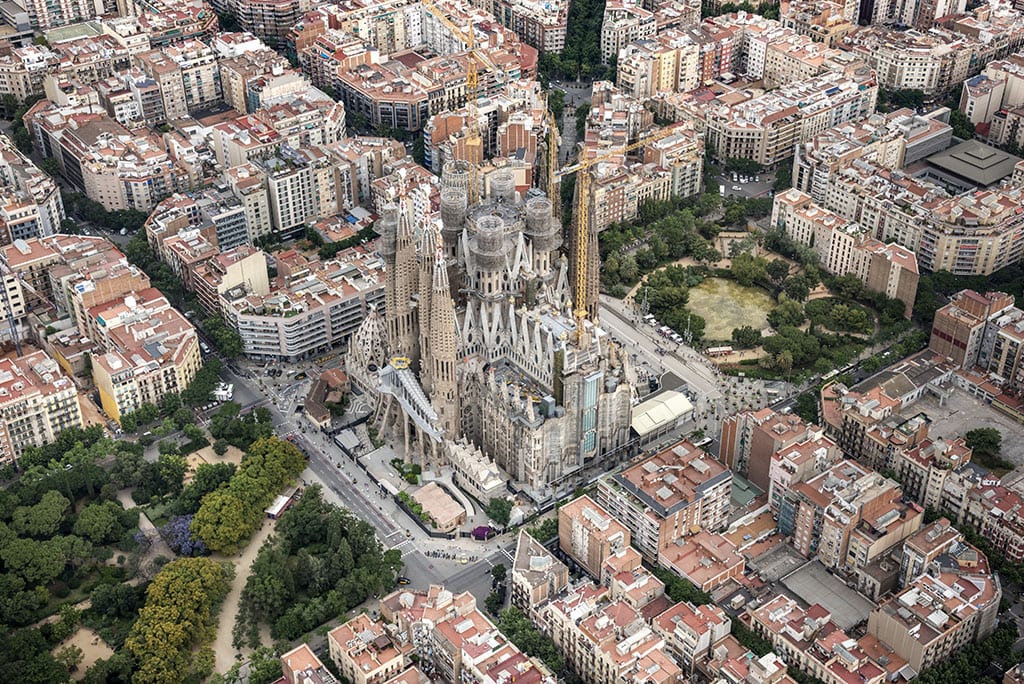 5- WORK CONTINUES TO LAY UNDERFLOOR HEATING INSIDE THE TEMPLE

The advances of 2019 won’t only affect the exterior of the Basilica: work will also be ongoing inside. And it will take place both above and underground. On the one hand, work will begin on the basements of the central nave; and on the other, we will continue working to put in the underfloor heating and final flooring in the Temple. The area where work is currently under way, behind the Glory façade and between it and the Nativity façade, will be finished by Easter. Afterwards, these works will move to the area between the Glory and Passion façades. After the summer, work will begin on the area behind the portal of Charity, the central doorway on the Nativity façade.