Reinforced concrete has been key to building the Temple, and Gaudí had always planned for it. This material has several basic ingredients, the most important of which is undoubtedly cement. The rest, gravel, sand and water, are much easier to get and are much easier to handle than the main component of the agglomerate, the glue that sticks it all together: cement.

Water is only needed to kick off the reaction of the cement so it will start to set. There should be a minimal amount of water, since, with the reaction, part of it evaporates and that causes the number of holes in the result to increase. which is counter-productive as we want the final product to be as dense as possible.

When the mixture only contains cement, sand and water, it is called cement mortar. It is only when you add gravel to make it more compact for structural functions that it is called concrete, which is nothing but man-made rock.

Concrete, like any rock, can be very strong when compressed, but doesn’t stand up as well against tensile stress. So, to make up for this weakness and create a material that can stand up to all types of stress, steel is put into the concrete. This steel is called the reinforcement of the concrete and it allows the concrete to resist tensile and bending stresses. 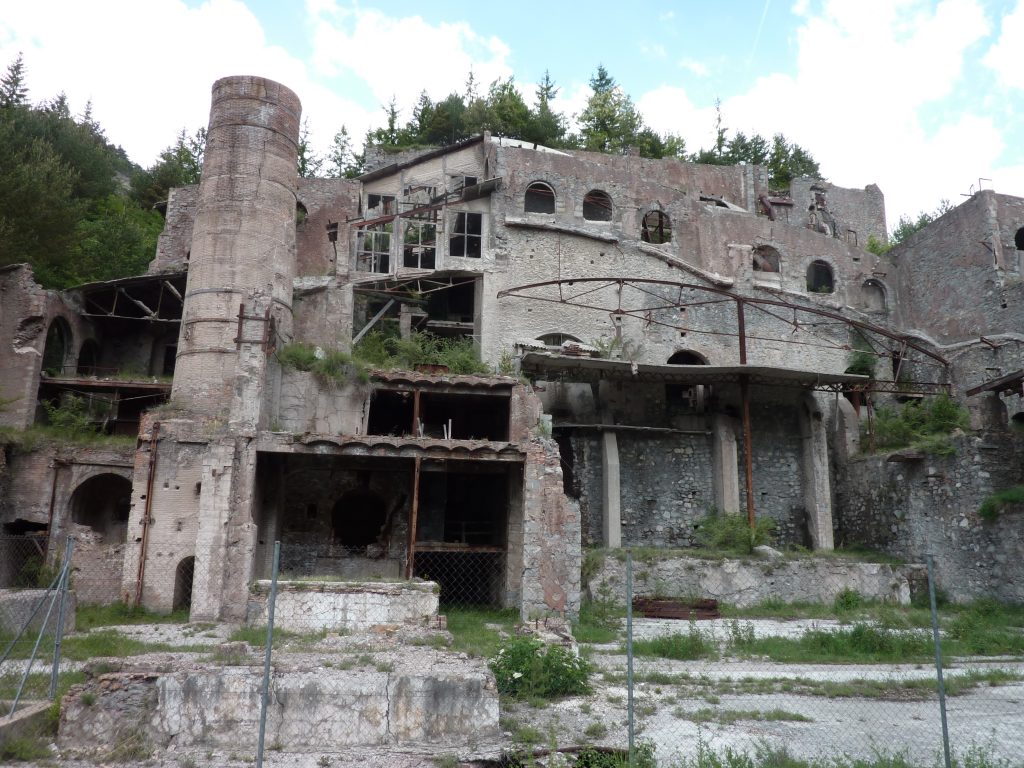 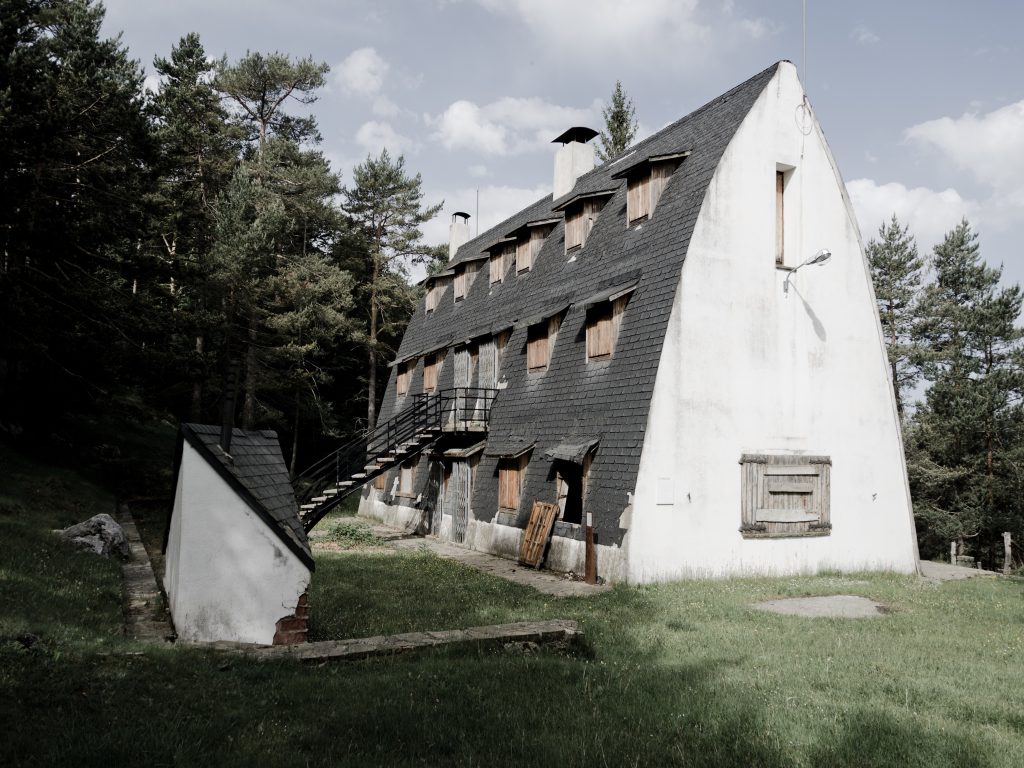 Eusebi Güell, Gaudí’s protector and patron, was the Catalan industrialist who promoted the first factory to extract and produce Portland cement in Catalonia and Spain, in 1901. It was the Ciment Asland factory, in Castellar de n’Hug, near the source of the Llobregat River.

Given his proximity to the first cement factories and quarries in the country and having experts in calculating cement in his workshop, we can say Gaudí was a pioneer in our country in using reinforced concrete makes perfect sense. The descriptions of Joan Bergós, Gaudí’s biographer, and those in the Sagrada Família magazine paint an in-depth picture of Gaudí using concrete structured with metal elements on the Pedrera, the pavilions at Park Güell and the auxiliary buildings for the workshops at the Sagrada Família, among many other examples. César Martinell, another great Gaudí biographer, also says he abandoned the original idea of building the Sagrada Família vaults with paraboloids and turned instead to hyperboloids when he became aware of the growing possibilities that reinforced concrete had to offer.

The most obvious example of reinforced concrete at the Sagrada Família is terminals of the towers on the Nativity façade. The southernmost bell tower, dedicated to Barnabas, was built by Gaudí and finished by Christmas of 1925, half a year before his tragic accident. For this tower, he used a notable metal casing that was then covered in pre-fabricated concrete pieces with the characteristic Venetian-glass mosaics.

Gaudí, moreover, proposed using concrete to build the nave vaults, as has been done, which can be seen in the conference on the structural system for this project that Sugranyes gave at the Association of Architects of Catalonia in 1923. In his talk, he went into great detail regarding the verticality of the geometry and that the transfer of the loads would leave only small horizontal components remaining. He said he trusted that they would be absorbed by the reinforcements in the concrete on the three levels of superimposed vaults and roofs on the nave. 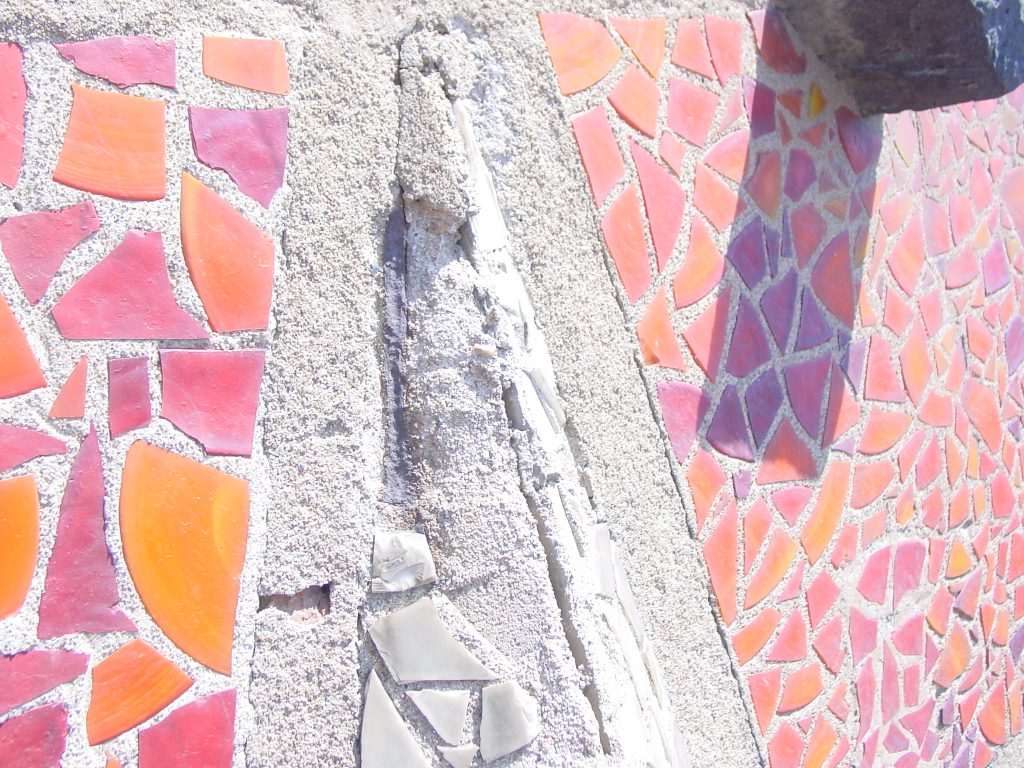 THE REINFORCED CONCRETE OF TODAY, AND AT THE SAGRADA FAMÍLIA

Although it is clear that Gaudí himself was using reinforced concrete, it was a far cry from the material today. Technology has progressed so much that the concrete Gaudí used might as well have been from the Palaeolithic era compared to what is used today.

For the Sagrada Família cement with 350 kg/cm2 is used for less important structures and with 600 kg/cm2 for important ones. Laboratory results often confirm that we know how to make cement that is four times stronger than the conventional type. Plus, as it is more compact and denser, it is also more resistant to erosion and deterioration due to atmospheric agents.

This concrete has been made possible by collaborating with university research centres, which have introduced new formulas for its composition.

So, the reality is that regulations have regularly increased the requirements for structures, and the extraordinary increase in our needs has also made it essential to improve the cement commonly used, above all taking into account that the work must last for years and will be exposed to the salt air over this time. In this regard, boosting the strength of the concrete used was the only alternative to meet the new requirements, regarding seismic activity and wind, as the size of the structural elements (the diameter of the columns, the width of the walls, etc.) could not be altered and still remain true to the plans and svelteness of Gaudí’s original designs.