The feast day of Barcelona’s patron saint, Our Lady of Mercy (La Mercè), is coming up soon and here at the Sagrada Família we always take advantage of this date to hold open doors days and share all the latest on the works. In this case, we can’t forget that work will begin on the central tower of our Temple, an extraordinary tower, in the coming months. The main thing that makes it unique are the panels being used to build it: although all of the central lanterns at the Sagrada Família use the system of prefabricated tensioned-stone panels, those on the main tower are truly exceptional. Let’s look at why.

THE DIMENSIONS, THE MAIN DIFFERENCE

The panels on the tower of Jesus Christ are nearly twice as large as those on the towers of the evangelists and of the Virgin Mary, the other central towers: they measure up to 5.88 metres in height and 5.12 metres in width. This means they are much heavier than what our powerful central crane can lift, so they had to be subdivided into two panels on levels 1 to 3. 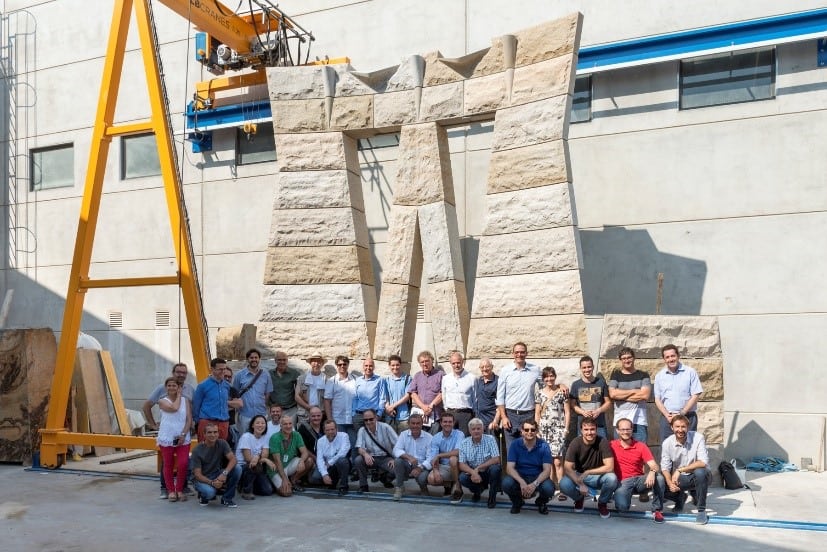 THE PANELS, CLOSED AT THE BOTTOM

On the central towers, between each level of panels there is a sort of horizontal belt, which has an important structural function.

On the other lanterns, this belt is a relatively narrow band as it only has one row of stone that always includes the upper part of the panels, tracing the outline of the triangular windows. The tower of Jesus Christ, however, as it is much larger, also has a much thicker band, and we’ve done this with two rows of stone, one in the panel below and the other, the panel above.

This difference is very important, as the open panels are more subject to deformations and also pose several difficulties in terms of the glass in the windows, as in this case the glass is not protected on the lower side and is more exposed throughout the manoeuvring.

These problems would be seriously increased on the panels for the tower of Jesus Christ, where everything is bigger, but the issues of the glass and the possible deformation have been resolved by closing the panels. 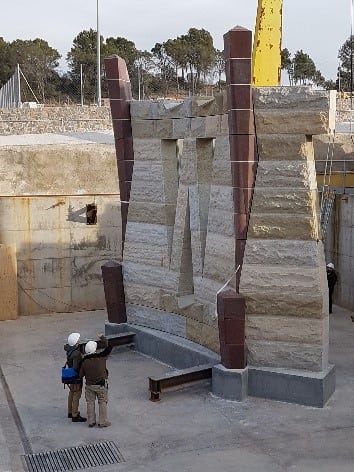 The tensioned-stone system uses steel bars inside the stones to squeeze them together. These tendons must be properly centred in the width of the stone and this position is complicated by the intersection of several tendons, as they have to be properly separated, meaning there must be enough stone between them.

This fairly easy system becomes more complicated on the panels for the tower of Jesus Christ. On the main tower, there are six double tendons that run vertically through each panel, meaning twelve tensioned bars, three times as many as the previous case. Horizontally, there are still just two cables, although they are separated, one on the panel on top and one on the panel on the bottom. 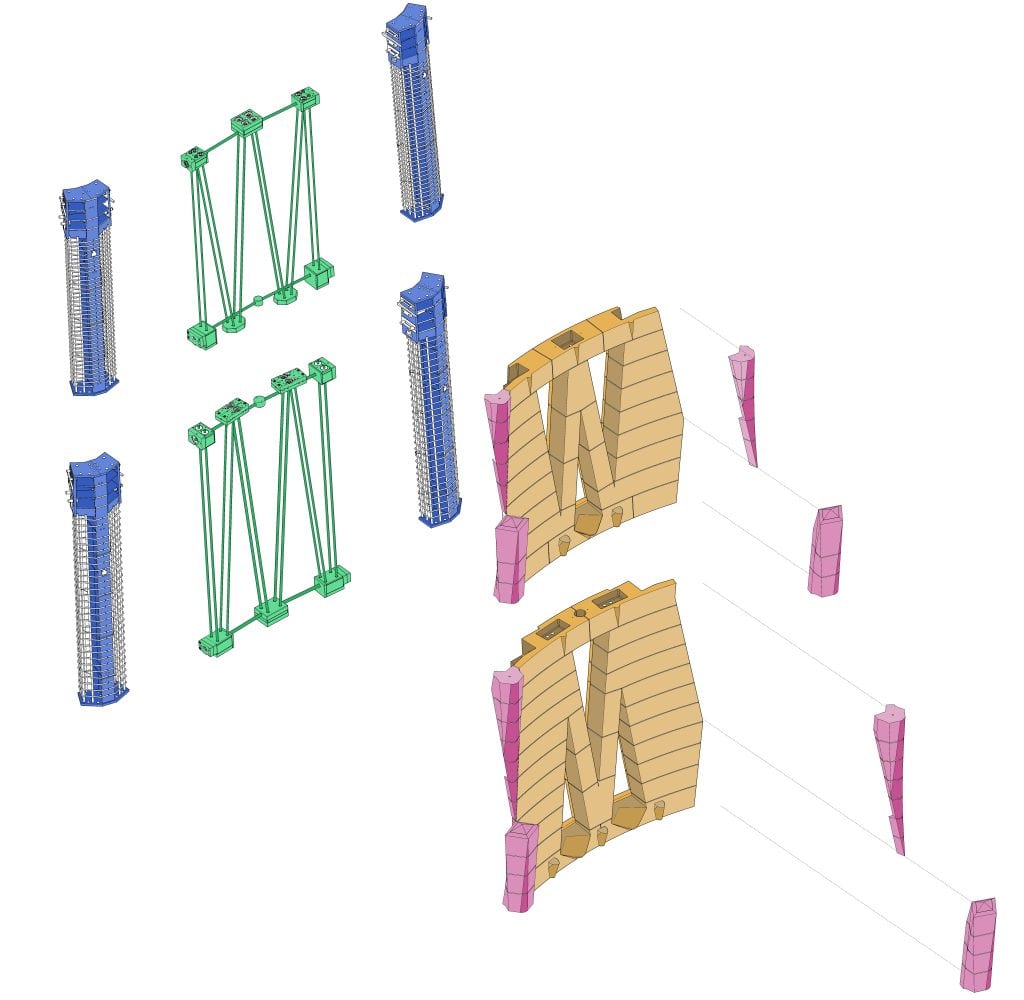 As there are more tendons, there are also more anchors, meaning more metal blocks inserted into the stone pieces on the first and last row of each panel for the tensioning bars to screw into. Specifically, there are eight anchors instead of five like the other central towers.