Starting this week, the final pews are arriving to be installed inside the Basilica. In September, we announced the first twenty had been put in place and now, with the latest batch, there will be forty pews for worshippers to use during the different religious celebrations.

Artisans specialising in wrought iron and carpentry have participated in making the pews, which feature a wrought-iron structure, metal struts and central base, and oak backrests and seats made with traditional artisan techniques and faithfully following Gaudí’s designs. Several different criteria, such as ergonomics and aesthetics, have been considered, drawing from Gaudí’s designs for other spaces, including the pews for the crypt at Colònia Güell.

As celebrations at the Basilica tend to be longer than most parish masses, comfort and functionality were key in designing the pews. So, as they are intended to suit the needs of worshippers who come to the Basilica for religious ceremonies, each one has a bench seat and built-in prie-dieu, making them highly versatile for a wide variety of religious events.

The new pews will be put in place gradually, occupying the central space, until they fill the nave. 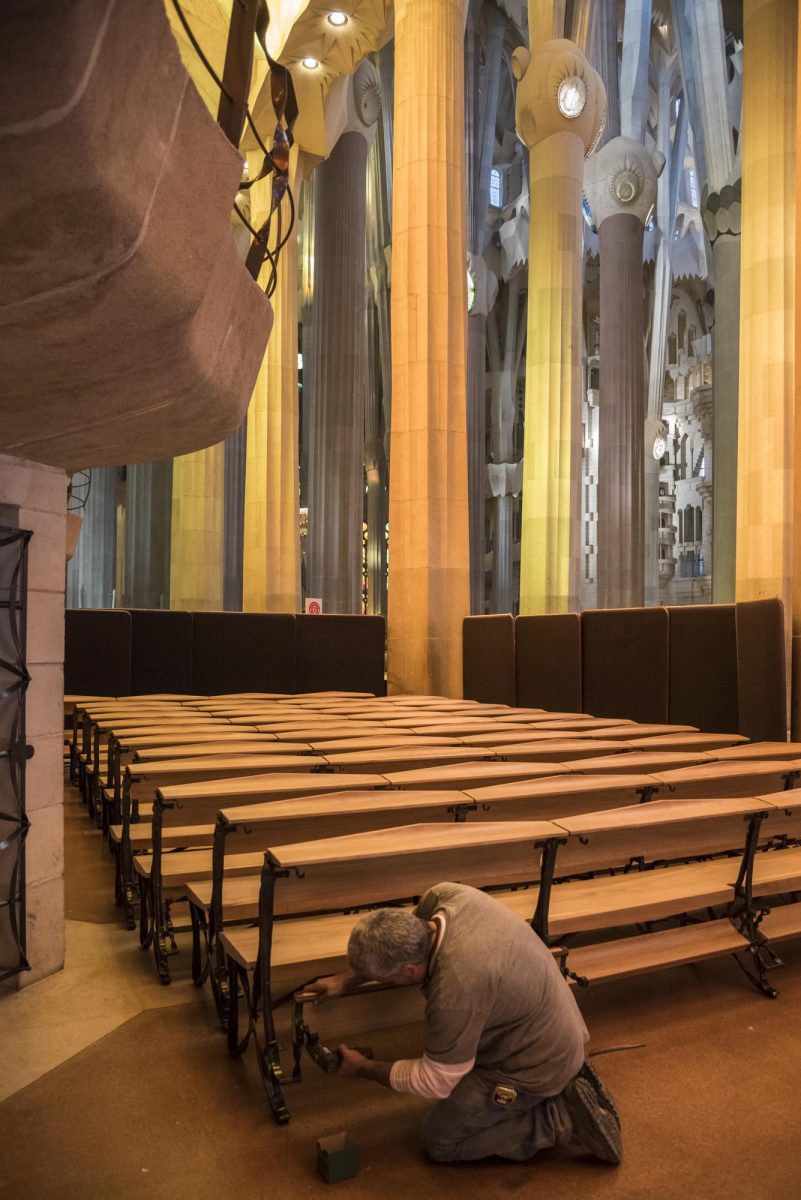