Warning: Use of undefined constant ‘bwp_template_redirect’ - assumed '‘bwp_template_redirect’' (this will throw an Error in a future version of PHP) in /home/customer/www/blog.sagradafamilia.org/public_html/wp-content/themes/blog-sagrada-familia-v2/inc/security.php on line 115
 Nature and its influence on the Sagrada Família - Blog Sagrada Família

20 March is the first day of spring, the season when nature comes alive after its winter lethargy and shows off all its splendour. Gaudí found great inspiration in nature, and this influence was surely at least partially due to the fact that, as a child, he had rheumatic diseases that forced him to spend long periods at his family’s farmhouse in the countryside, in Riudoms (Tarragona). It was also due to the Modernisme movement seen in culture and art in the late 19th century, which favoured the curved lines found in nature.

So, according to Gaudí, the great book that had to be read was that of nature. And what sets his work apart from the rest is this effort to understand nature in order to apply its characteristics to his architecture. He even affirmed that future architects would base their work on imitating nature: “It is the most rational, lasting and affordable of all methods,” he said. This influence, in any case, is associated with another source of inspiration in his work: the Christian message. Because both demonstrated his belief that the work of the Creator is unparalleled.

But how is nature’s influence visible at the Sagrada Família, the culmination of all Gaudí’s works? First of all, there are connections to the inert kingdom of minerals, such as the geometry of the pinnacles on the Temple’s towers, where pyramids, planes and arrises, as well as various polyhedrons that intersect a sphere, are reminiscent of the crystals in some minerals, like pyrite. However, it is much more common to find ties to living shapes, especially plants. So, let’s look at three examples of nature’s influence on the architecture of the Sagrada Família.

1. THE DOUBLE TWIST COLUMNS AND THE TWIST OF THE OLEANDER BRANCH

One of the most important examples of nature’s influence on the architecture at the Basilica is one of Gaudí’s main discoveries: the double twist column, found inside the Temple. In nature, this double twist geometric shape can be found in some plant species, like the oleander (Nerium oleander) and the abelia (Abelia chinensis). On these plants, the leaves grow out of the stalk in levels and each one has three leaves. Seeking out the sun, these move into the open space left by the leaves on the level above them. This causes the interior of the branch, the sap-filled nucleus covered in protective bark, to twist in a helicoidal fashion to feed the leaves on each level. In fact, if you cut off a branch, you can see two of the geometric shapes that are behind this column: the equilateral triangle and the hexagon. The latter is created by twisting an equilateral triangle, according to the laws of the double twist column. 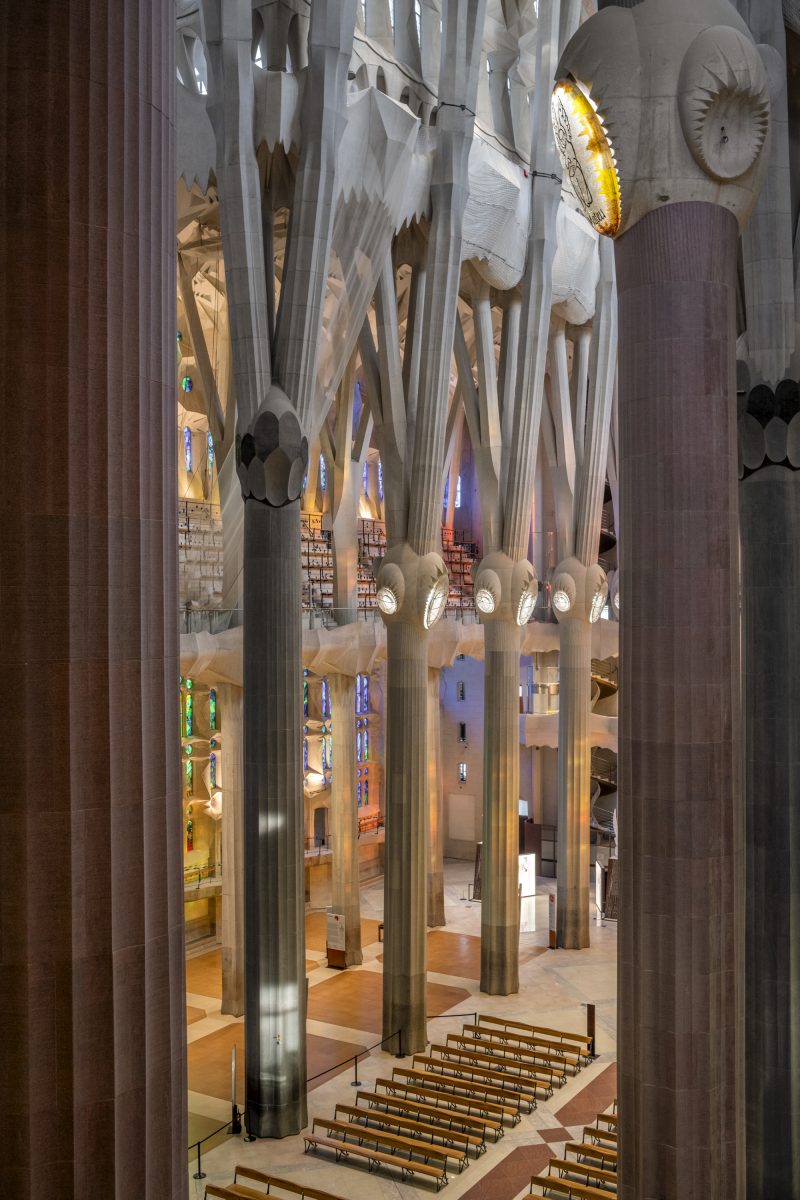 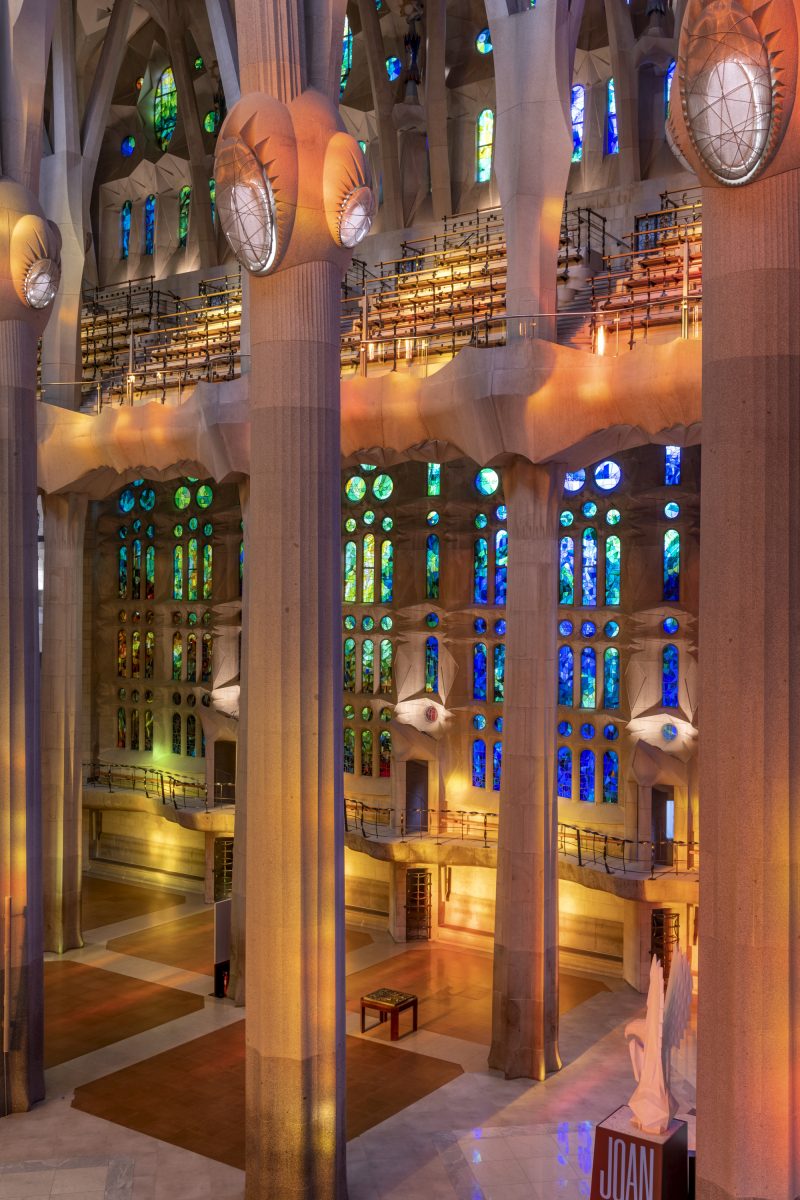 2. THE COLUMNS OF THE PASSION NARTHEX AND SPREADING OF SEQUOIA TRUNKS

In Central America, there are large trees, the kapoks (Ceiba pentandra), that broaden their base with tabular roots, for better balance. The same system is used by the enormous sequoias (Sequoiadendron giganteum) found in northern California, which also have rib-like structures on their trunks, with each rib linking to different roots that the tree spreads through the subsoil. This is exactly the design Gaudí used to improve the support of the inclined columns on the narthex of the Passion façade, which have very wide bases to help support and better transfer the inclined forces down to the foundations.

3. THE ROOFS OF THE SCHOOLS AND THE WAVES OF MAGNOLIA LEAVES

In designing a system to clear water from the roofs of the schools at the Sagrada Família, Gaudí didn’t use a pitched roof with rafters, as was common at that time, or large triangular structures or framework to cover the rooms. In fact, he simply made the roof wavy. And he did so in a way that alternated the peaks and troughs of the waves on each façade. So, the highest point on one side is always opposite the lowest point on the other. This relationship can be seen in many plant elements that also channel water out through undulating surfaces. One example is the leaves of the magnolia tree (Magnolia grandiflora), which have wavy edges that help channel water when it rains. 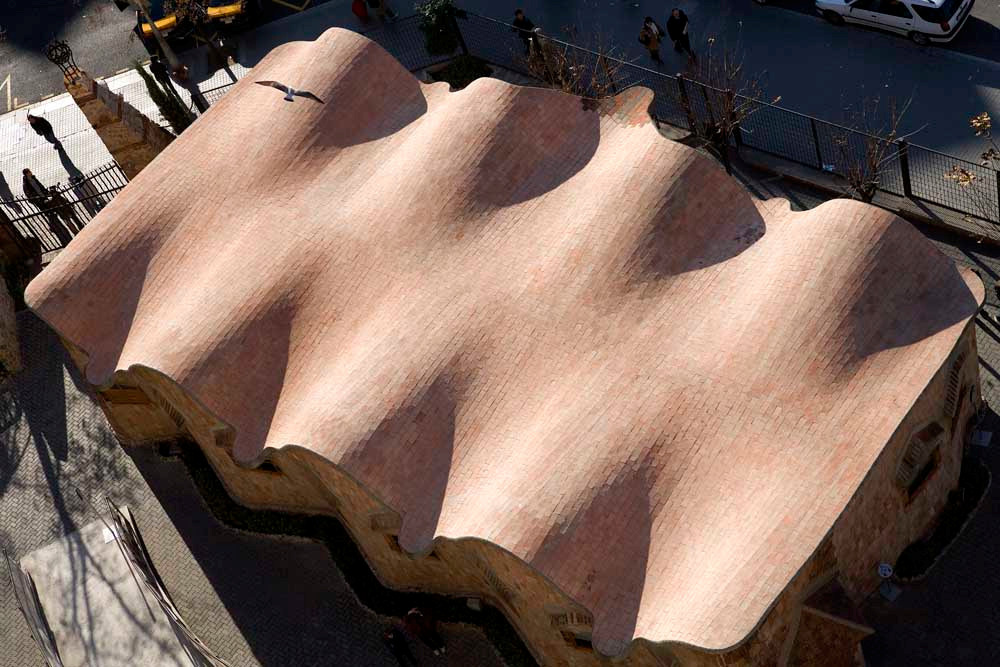 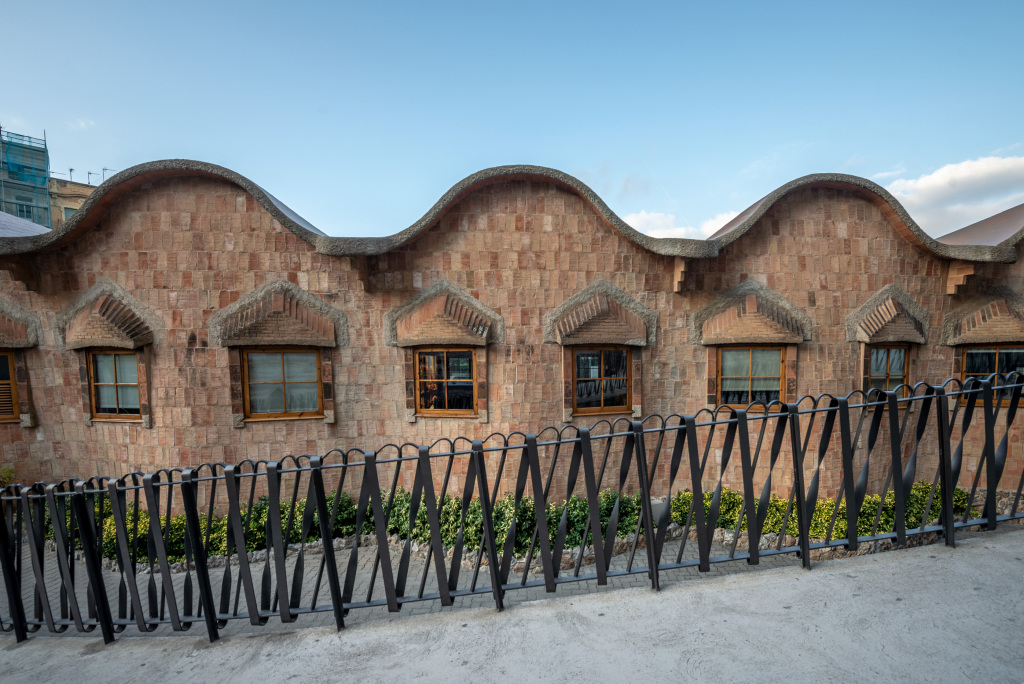