The mountain of Montjuïc is an important part of Barcelona’s unique skyline. The Romans called it Montem Iovis (mount Jupiter) but its use as a Jewish cemetery for centuries could also have influenced its name. The stone found there has been used for construction since the time of the Iberians and was very important during the Roman era. It was even used for the capitals for the Temple of Augustus on Mount Taber and the Roman city walls.

ANCESTRAL EXPLOITATION OF THE MOUNTAIN

The rock extracted from the mountain, increasingly valued, was exported throughout the Mediterranean region of the Peninsula and the millstones extracted from the site of the current Greek Theatre were particularly well known. Estimates say there were up to 28 quarries in various locations on the mountain and some of the faces are still clearly visible today.

Exploitation of this stone continued through to the 20th century, used for Barcelona’s buildings and infrastructures. There are many buildings in the city constructed with stone from Montjuïc. Palau de la Generalitat, the Parliament of Catalonia, the Barcelona City Hall, La Llotja, the customs building, the University of Barcelona and the castle on Montjuïc are just some of the secular buildings constructed with this stone.  Noteworthy among the religious buildings are the church of Sant Pau del Camp, the Basilica of Saints Justus and Pastor, the church of Santa Maria del Pi, Santa Maria del Mar, the Cathedral… and the Sagrada Família. 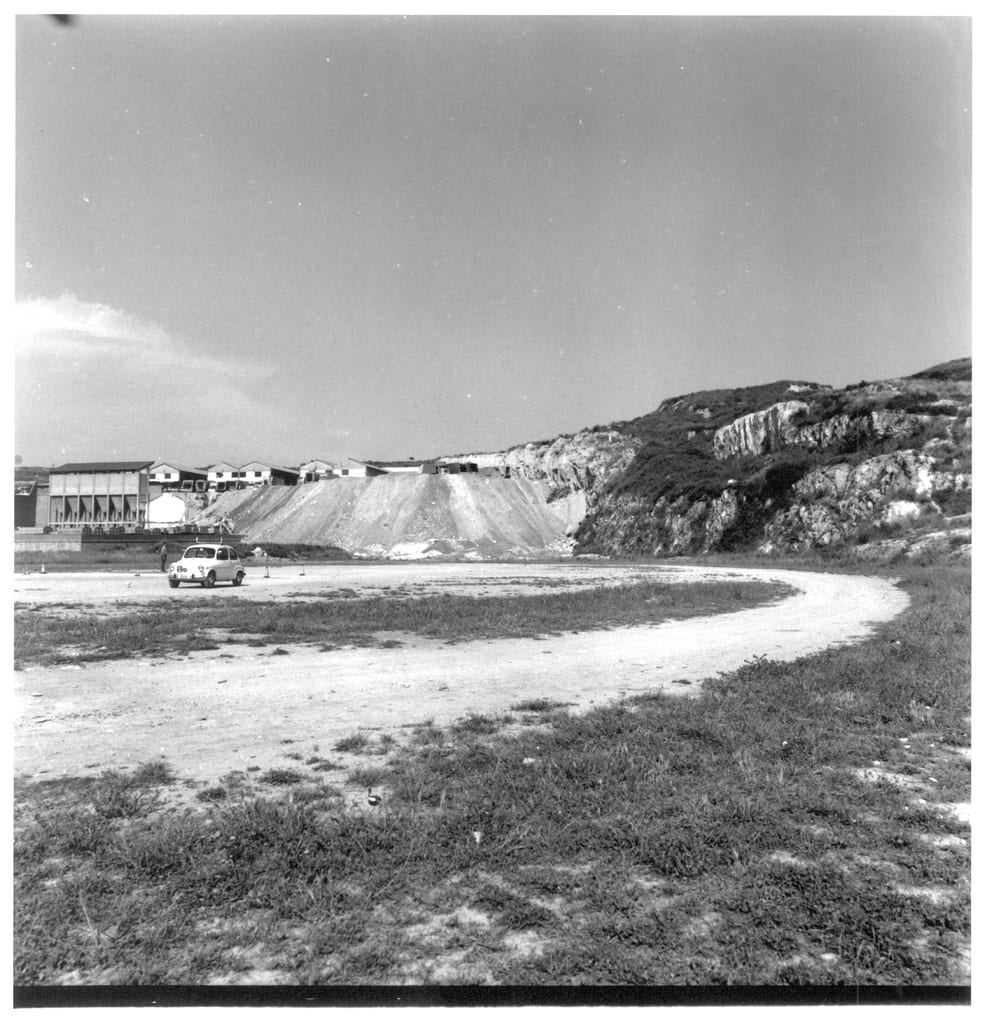 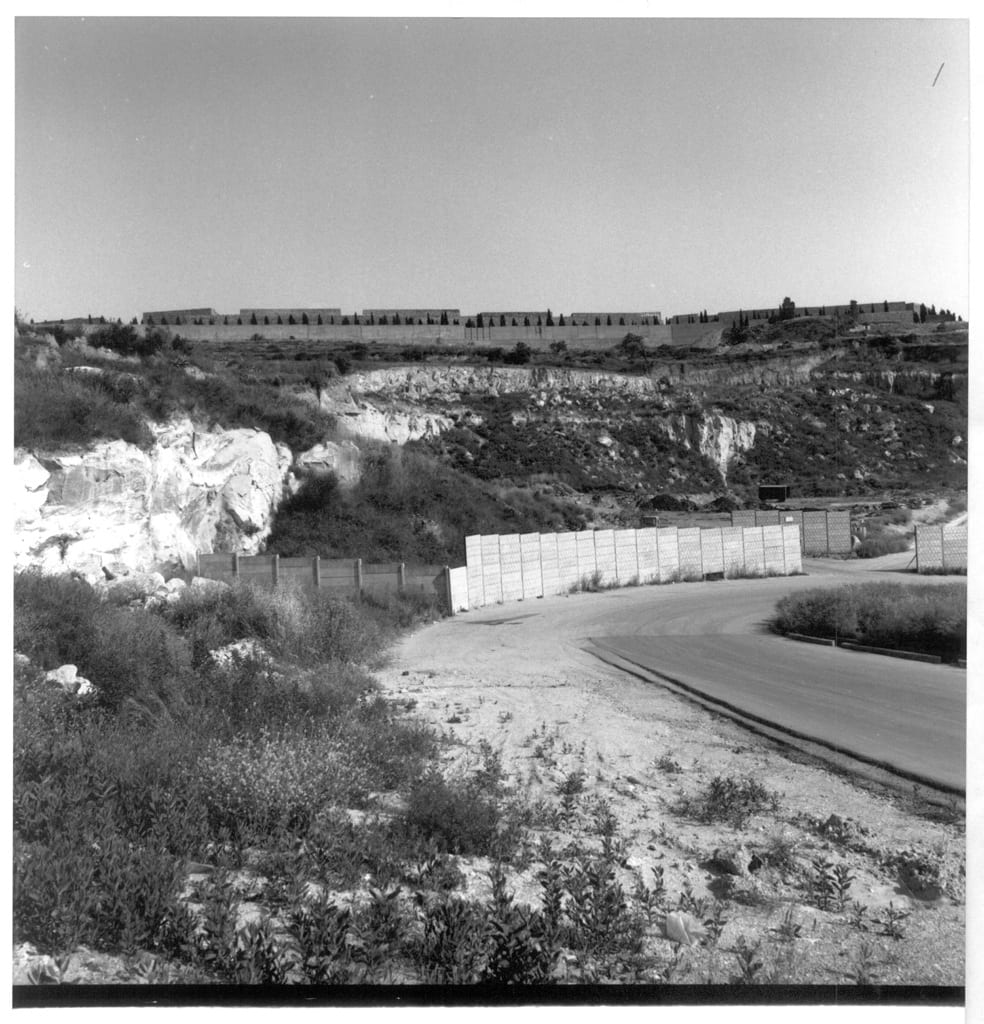 Montjuïc stone is known for its siliceous content, which gives it a consistency much stronger than many other sedimentary rocks. But one of the characteristics of Montjuïc stone valued most among architects is its colouring. The range of colours goes from light grey, greenish grey, beige, green, ochre and gold to purples and reds.

AND THE STONES BECOME SCARCE

When works on the Sagrada Família began in 1882, Montjuïc stone was used to start the crypt. When Gaudí took over the following year, he requested the building continue to use stone from the city, which was used to begin the apse and Nativity façade.

However, around 1954, when work began on the Passion façade, the scarcity of Montjuïc stone started to become apparent, above all after 1957 when the quarries were closed down suddenly and definitively. From that time, use of this stone was limited to the stock on hand at the old quarries and from the regular landslides. So, to get the stone needed to build that façade, a request was submitted to the City Council to acquire 36,000 m3.

The second large acquisition of Montjuïc stone was in 1988, when the Barcelona City Council gave the Sagrada Família approximately 1,000 m3 of very high-quality stone removed while remodelling the old Olympic Stadium, which included excavating to shorten the track from 500 m to 400 m, making more room for spectators and stands. 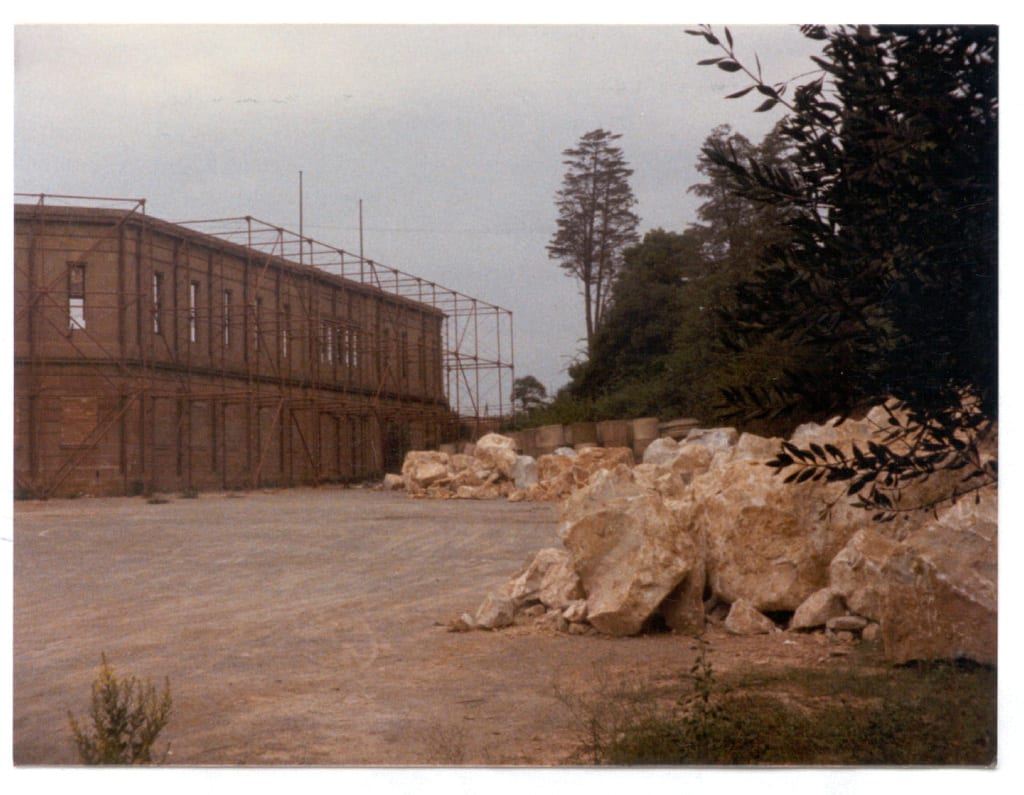 Bricks, which are much more affordable than stone, came to be used as a replacement, but traditional builders continued to prefer the city’s stone for the socles and first layers of important buildings. This use meant that, years later, when these buildings were torn down, the Sagrada Família could recycle the used stone. One example of recycling the stone is that taken from the former military buildings on Carrer de Wellington when they were torn down to build Pompeu Fabra University. Stone has also been recycled from the Miramar building on Montjuïc, from the works in the Sot del Migdia area, near the Anella Olímpica and the gardens and surroundings of the Barcelona Botanical Gardens. Stone was also recycled when the new entrance to the city’s Port Vell was created, as its breakwaters were also made with this highly valued stone.

The stone from the side of the mountain closest to the sea, the Morrot area, has also gone to building the temple, although in this case the stones were very red and purple and often stand out too much and must be used with caution.

From various locations, since 1988 the Sagrada Família has acquired Montjuïc stone to be reused. New material has become available nearly every year, but the volume has dropped progressively as stocks dwindle. So, the little stone that is still available has been set aside for the works that need it most, like restoring the older sections of the Basilica. 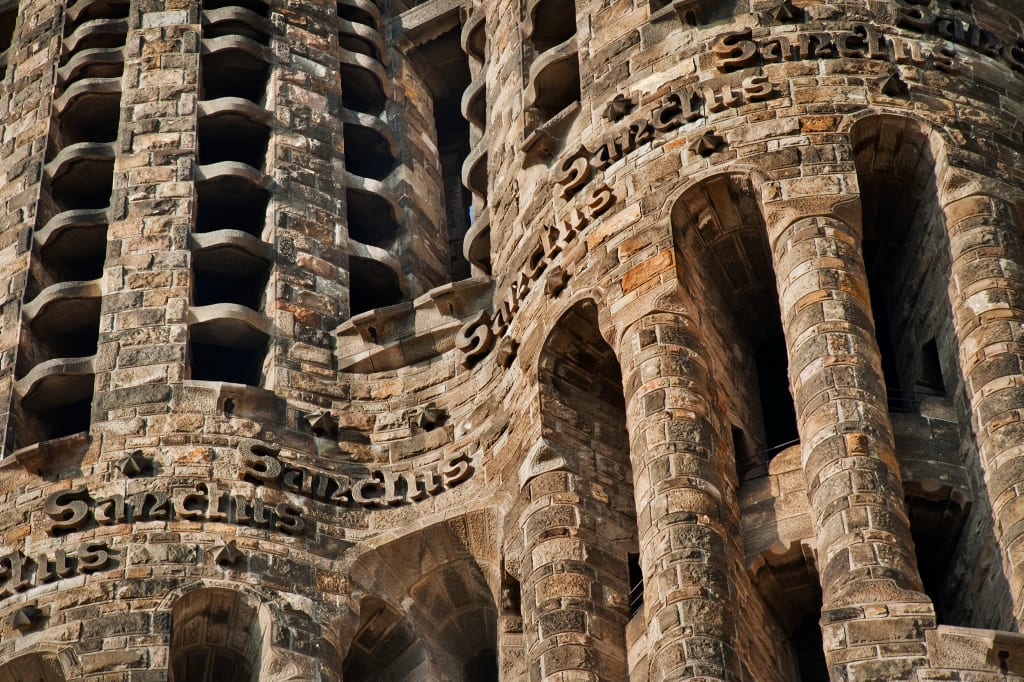 However, this mountain that was exploited intensively for more than two millennia has now become a green lung for the city and recreational area, with cultural, sport and nature facilities.

The Sagrada Família has the great privilege to be probably the final construction being built with stone from the city, and we can safely say that no stone like that from Montjuïc has been found anywhere else in the world.