Labyrinths are known to have existed since prehistory, as well as in most cultures of antiquity. They were worn as amulets or engraved in stone to ward off evil spirits, which were believed to get lost inside and not be able to find the victim. Plus, around the world, there are many churches with a labyrinth at the entrance. Sometimes it is on the wall, like a border that can be traced with the finger, and others it is a huge labyrinth built into the flooring, like at the cathedrals of Chartres or Amiens. At the Sagrada Família, sculptor Josep Maria Subirachs also put one on the Passion façade. But why are there labyrinths at churches? In the Middle Ages, they symbolised the difficult path, full of penitence and sacrifice, towards God, at the centre of the labyrinth symbolically. So, they are a metaphor for the journey of life, where what matters isn’t the destination but enjoying the journey, and for knowledge, which when true requires much sacrifice. 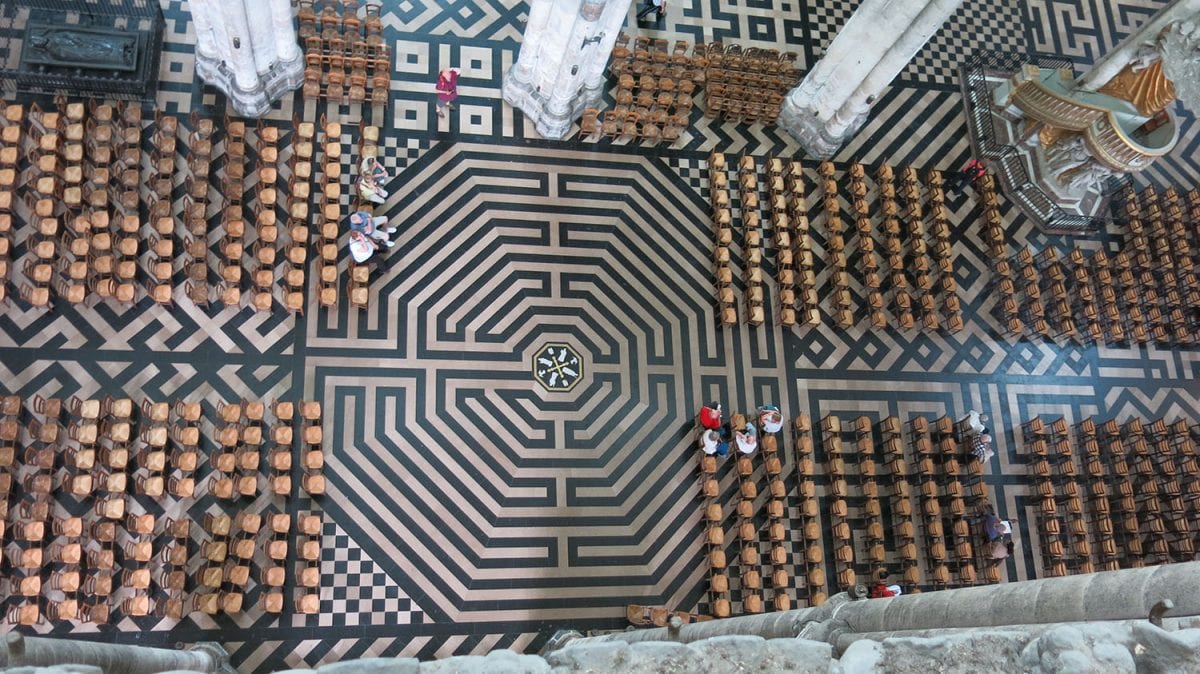 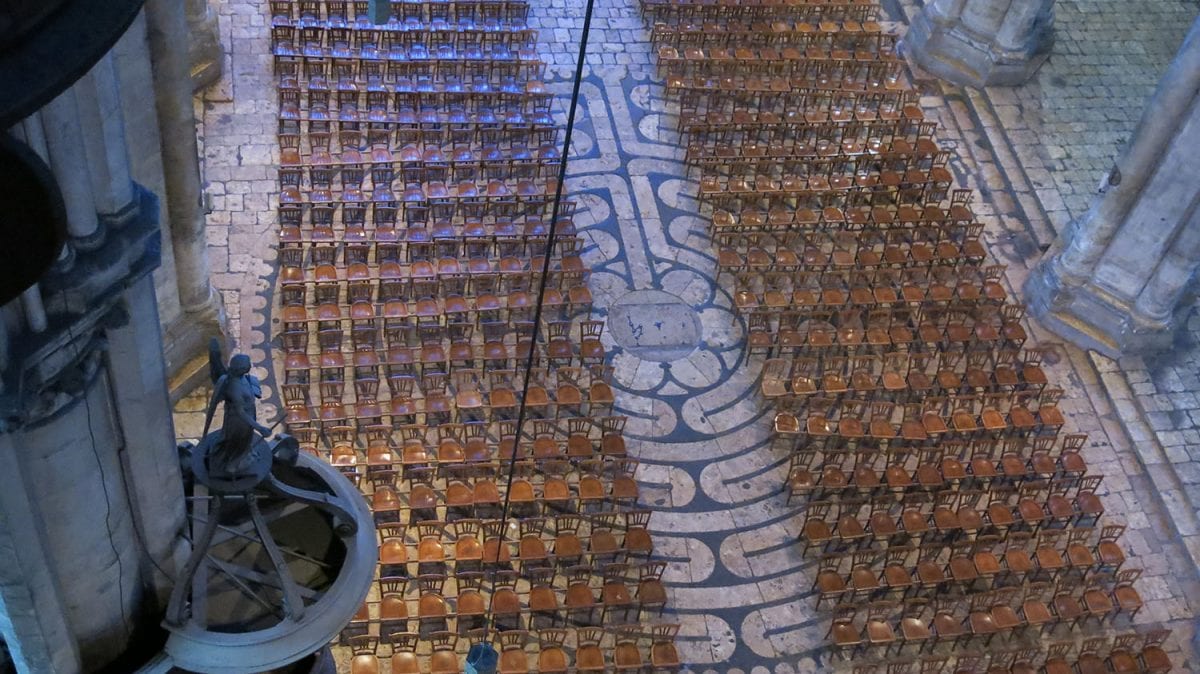 There are two types of labyrinths: unicursal and multicursal. The former have just one path and the goal is normally to reach the centre. The way back out tends to be along the same path. So, if you keep walking forward it is impossible to get lost. Until the 15th century, nearly all labyrinths were this type.

However, starting in the Renaissance, branching (or multicursal) labyrinths started popping up in the gardens of the elite classes. These had high fences that blocked out the surroundings and were used not only for the amusement of the nobles, but also for secret trysts. This is why labyrinths came to be known as a place where man can get lost in sin, and many of those previously found at churches were removed.

Subirachs has a sculpture titled Laberint II from 1993. This isn’t far from the time when he was making the labyrinth for the Sagrada Família, which is located behind the sculpture of Peter’s denial, which was also put in place in 1993.

At first glance, they could be mistaken for the same work, or a preliminary study and final piece, as the resemblance is remarkable. But, in following the path, it becomes clear that they are different. The small polychrome wood sculpture, which is on display at the Espai Subirachs in Barcelona’s Poblenou district, is a labyrinth with paths that end in a cul-de-sac. So, it is secular.

The labyrinth at the Sagrada Família, however, only has a single path, which is the sort normally seen at the entrance to large temples and cathedrals. And, like these, it acts as a symbol of life, with a beginning symbolising birth and only one possible exit, which is death. Only those watching from outside can predict the path, looking on from above with a vantage point reminiscent of God. Those inside, experiencing the path, never know which way it will take them. Therefore, the labyrinth also symbolises the cyclical nature of life and history. Subirachs, in fact, made it part of the sculpture group on the Passion façade to symbolise the bloody path Jesus had to take from his sentencing to the crucifixion.

Additionally, in medieval times, heaven and hell were seen as a series of concentric circles, as Dante explains in his Divine Comedy, which is where the first type of labyrinths get their shape, generally square or circular. At the Sagrada Família, Subirachs opted for a square that, however, is elongated into a rectangle by the effect of perspective. The stairway Subirachs added that becomes steeper and narrower as it goes up, reinforcing the symbolic idea of the need for penitence before reaching God.