Towards the end of his life, Gaudí lost many friends and family members. The last blow he had to come to terms with was when head model maker Llorenç Matamala, who Gaudí was very fond of, was diagnosed with untreatable brain cancer. In fact, over the final twelve years of his life, Matamala offered to spend the nights with Gaudí so he wouldn’t be on his own in the house in Park Güell. But after Matamala went into hospital, in 1925, Gaudí never returned to Park Güell, deciding to live at the Sagrada Família, in the small chamber off his workshop, surrounded by books, models and rolled-up plans at all hours.

On 7 June 1926, Gaudí was working on some lamps for the crypt and, at the end of the day, headed down towards Sant Felip Neri church, as he did every day. He said to one of the operators who was helping him, “Vicente, come in early tomorrow, we’re going to do some really beautiful things.” But Gaudí never made it to the neighbourhood in the city centre where the church is located. When he was crossing Gran Via, on Carrer de Bailèn, he was run over by a tram. He was taken to the old Hospital de la Santa Creu, not the city’s more modern hospital because no one recognised him, and he died there on 10 June, just fifteen days before his 74th birthday. 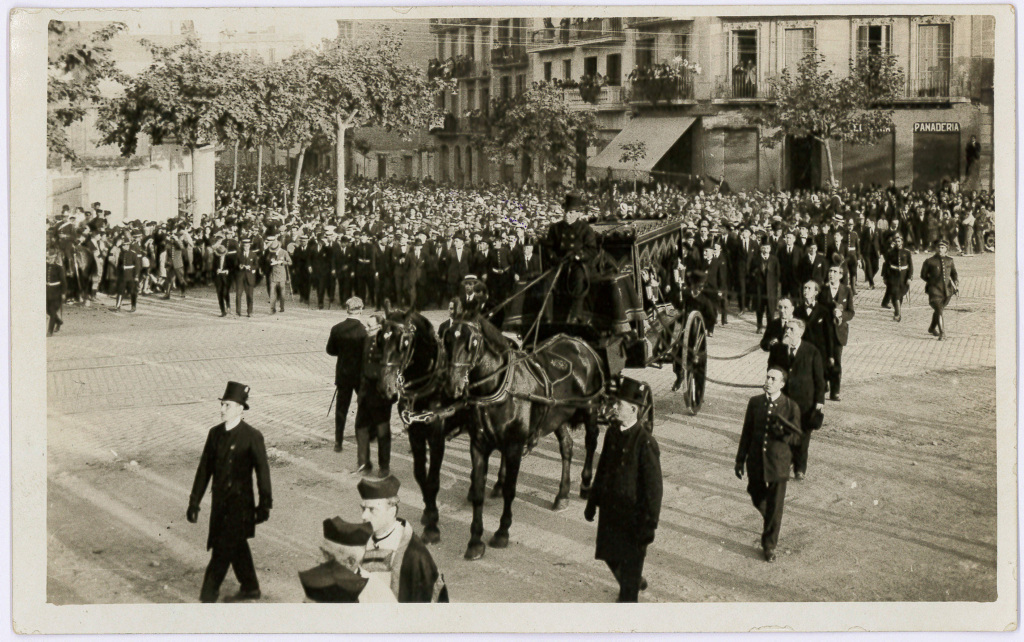 That fateful accident with the tram took his life and cut short his creative process on the Temple, which was taken over by his most faithful collaborators. Noteworthy among the works that had been completed at the time of his death is the pinnacle on the belfry of the tower of Barnabas, on the far end of the Nativity façade closest to Carrer de Mallorca, which was finished in November 1925. The other three towers on this façade were being built simultaneously and were nearly finished. Plus, Gaudí had also left a full model of the façade in its latest version. But what state was the rest of the project in at that time? We’re looking back on it this week, 93 years after Gaudí left us. 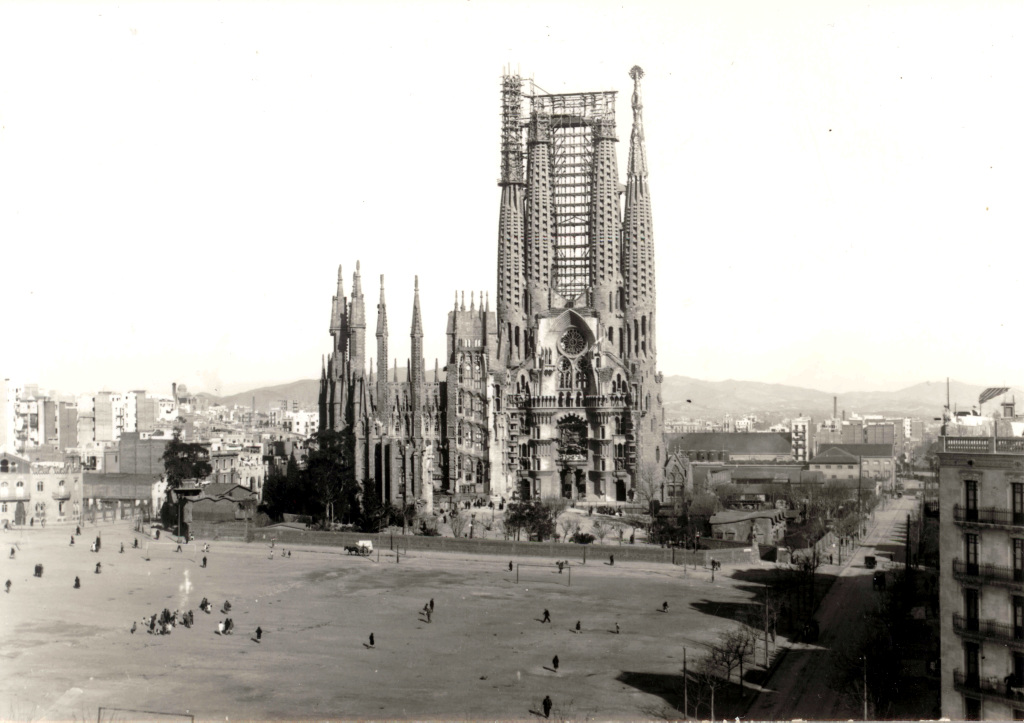 Over the years, Gaudí had gradually shaped the project until he reached the final version. He studied each significant part until he had perfected them all and was convinced there was no more room for improvement. Proof of this process can be seen in the many floor plans, cross sections and elevation drawings of the whole Temple, and, above all, the plaster models.

In fact, the project for the naves had been fully designed three years before he died. He began with a very neo-Gothic version, with cylindrical, vertical columns without any helicoidal texture holding up arches that, in turn, supported vaults similar to Gothic rib vaults, and his final solution featured tree-like columns that branched out to support new vaults made with hyperboloids. The detailed 1:10 scale model he made, so large you could walk inside and through it, gave the people who continued Gaudí’s work everything they needed to complete the design and construction. 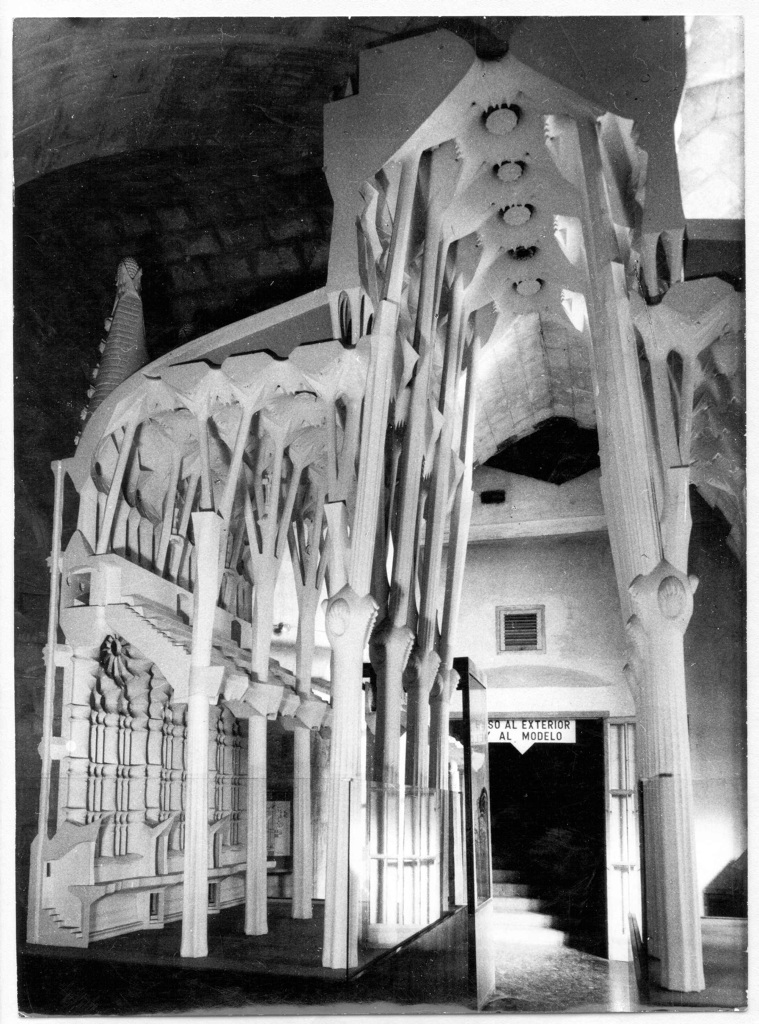 He had also fully designed the Passion façade. In this case, an illness that left him on his deathbed inspired him to redesign the project. The drawing he made was so detailed and passionate that he went overboard with the water from the watercolours and the paper became totally wrinkled. He apologised for this to one of his collaborators when he was found, iron in hand, trying to rectify the consequences of the incident. There aren’t any drawings by Gaudí of other parts of the Temple that are as detailed as this one, which is why he said it wasn’t necessary to make a plaster model.

In his last years, he also finished the model for the sacristy dome, fully defined with detailed representations of the triangular windows, walkways and pinnacle. This was also the result of an evolution to the latest version, with the dome made of paraboloid sections giving the building its overall shape. The importance of this model goes beyond the sacristy itself, as it is the basis for generating the geometry and design of the central lanterns. 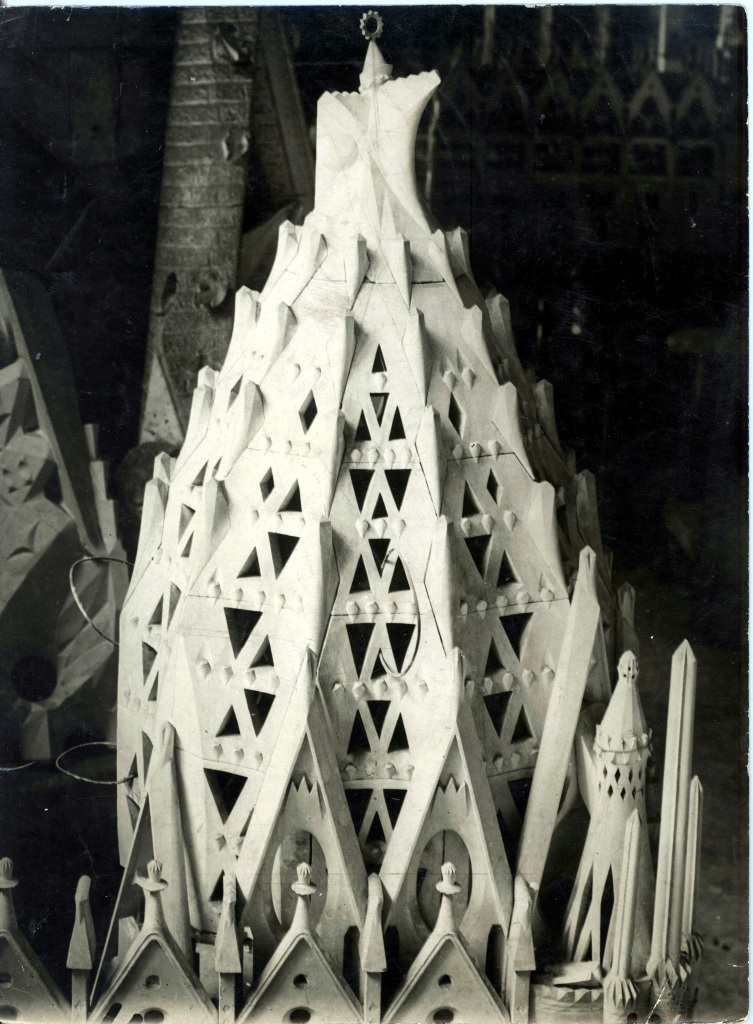 Before the tram accident, Gaudí was working on the crossing and the central towers. His biographers say he had finished the structural calculations for the main tower, the lantern dedicated to Jesus Christ. Taking into account that calculations at that time were done graphically, and the direction and magnitude of the vectors representing the forces on the building had to be measured, it is understandable that his collaborators had to use the floor to draw plans so large they wouldn’t fit on their tables. The same isn’t true of the calculations for the lantern of the Virgin Mary, for which he had only established the basic shape and height.

Finally, starting in 1921, he began working on the main façade: the Glory façade. When he died, Gaudí had made a model with the main shapes of the towers and great narthex that will comprise the final façade left to be built at the Temple. 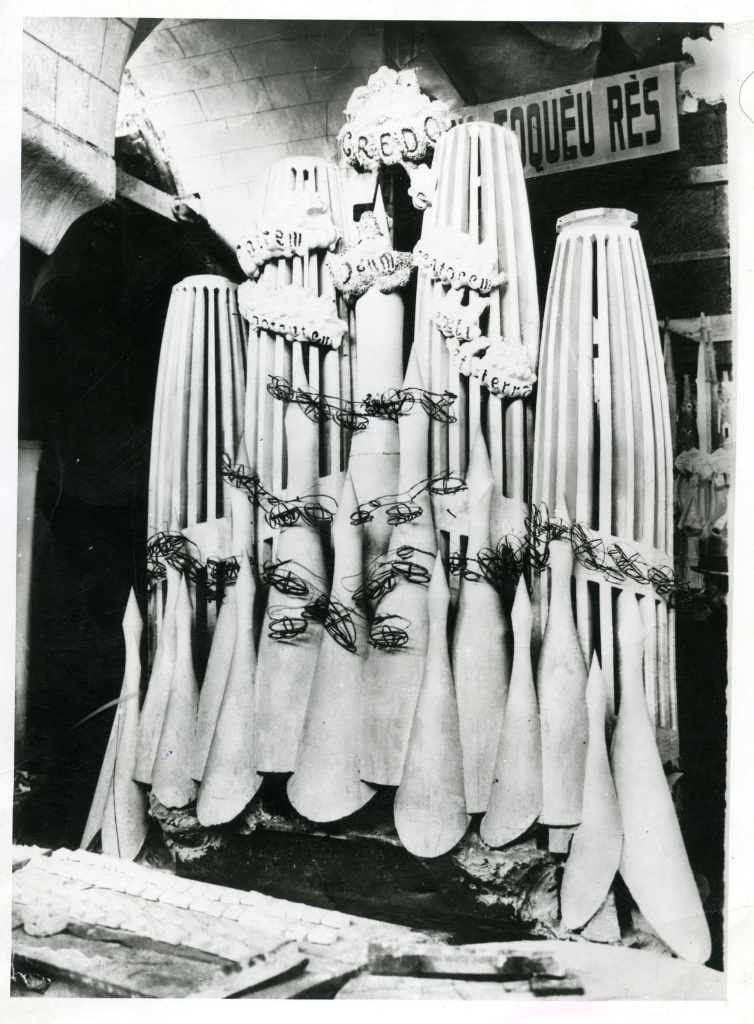 So, although he is no longer physically present, we have always had enough information to carry on building the Temple in the spirit of preservation, sticking to Gaudí’s original idea as closely as possible.