When the Sagrada Família is completed in 2026, it will have an unusual number of towers for a basilica: eighteen. Six of them will be the central towers which we are currently building, while the others will be bell towers, four of which will be on the Glory façade, yet to be built. However, the way the Temple’s towers have been built is different because their construction has always been determined by the period in which they were built. In fact, we could say that there are two key factors that condition their construction: the first depends directly on the technology at the time, while the second is associated with the economic resources available in each period.

For example, it took around forty years to build the towers on the Nativity façade, and during this period the systems and materials changed. At that time, the most common building method for a project like this one was stacking stone upon stone, and once each element had been enclosed, it was filled with masonry, that is, with irregular stones mixed with lime mortar. This method was becoming obsolete, especially in the towers, given their height.

Gaudí’s closeness with the Count of Güell, who was the founder of the first Portland cement factory in Spain, led him to be one of the first architects able to source this new material. For this reason, even though the construction of the Temple had begun with this traditional technique which dated from the Romans, the amount of time that the construction took meant that there was a change in technique and materials over those forty years in favour of cement and reinforced concrete.

In fact, Portland cement was used on all the towers on the Passion façade, which were completed in around 1977, after twenty years of work, even though the large volumes, especially on the lower parts, were still filled with masonry, but a kind of masonry in which the lime was replaced with Portland cement. The areas that had to be reinforced were conditioned by the economic situation at the time, combined with the high price of steel. For this reason, especially in the foundations of this façade, a donation of several kilometres of train rails from Renfe was used to make all the inner frames. Later, particularly at the pinnacles, steel reinforcements were used, although they were smooth, unlike the corrugated steel that is usually used today. 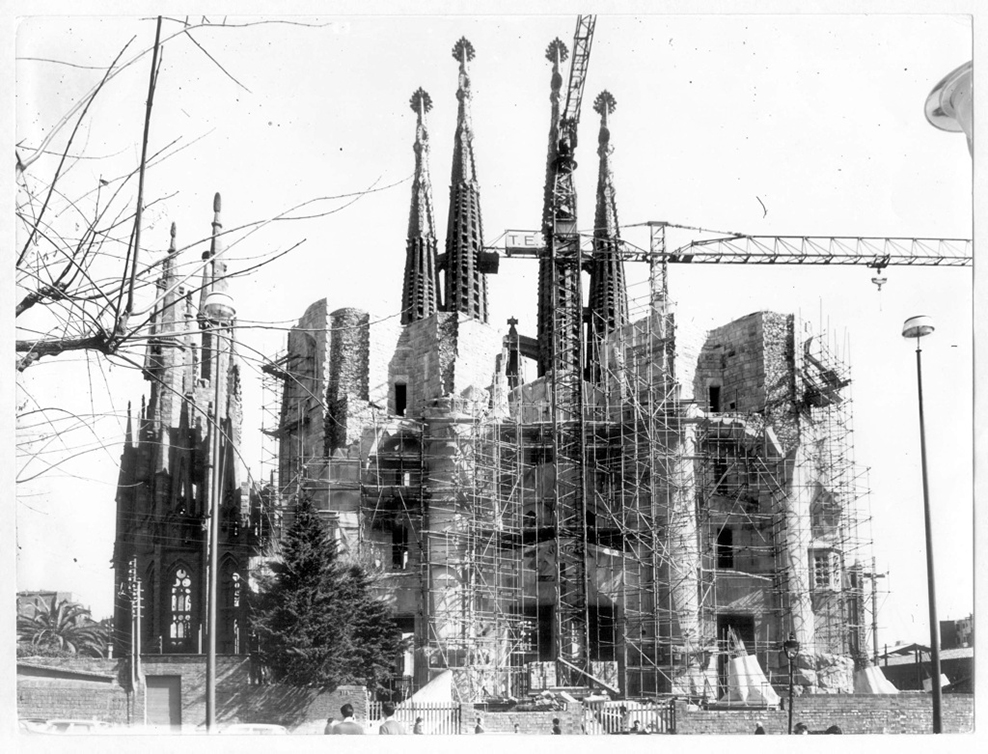 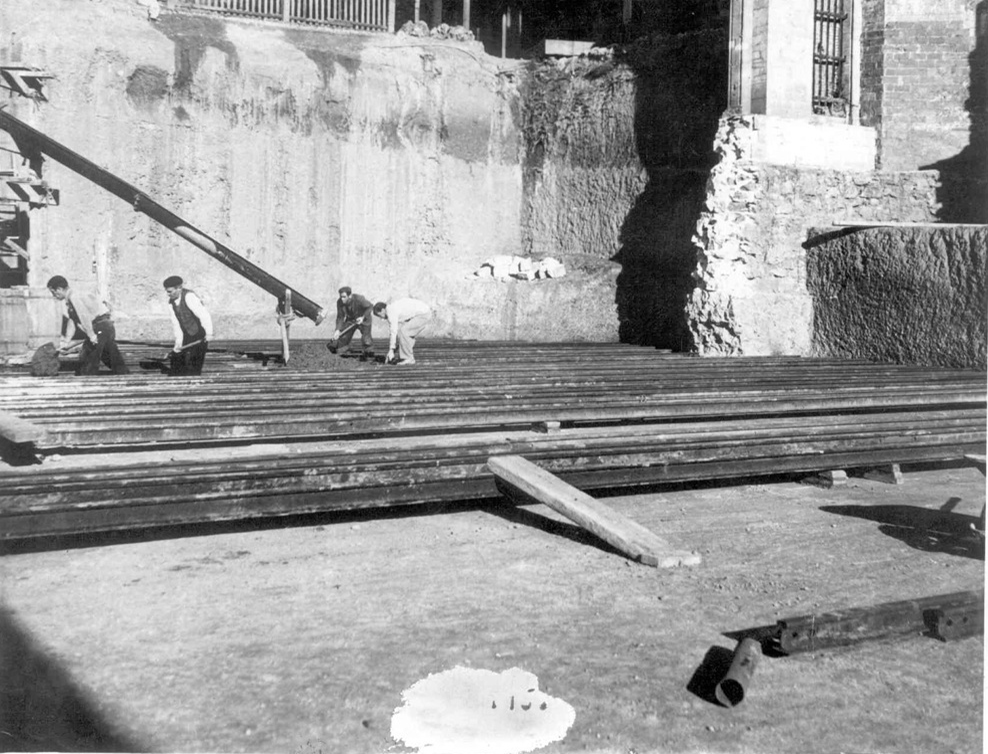 Later still, the first corrugated stainless steel reinforcements began to be used when the towers on the Passion façade were being completed, before the central lanterns had been started. The first ones were placed inside the prefabricated elements of the naves, since the stainless steel protected them from the oxidation which could happen because they are so exposed to the elements. However, this early stainless steel was not yet structural, as the stainless steel in the central towers is.

In fact, construction began on the six central towers in around 2014, and even though a metal structure to support the stone had been planned, ultimately it was decided that the stone itself would bear part of the load. This is when a system of tensioned stone panels was considered, a technique that consists in drilling holes in the solid stone that will form the whole panel. Once the stone pieces have been placed one atop one other, they are threaded with steel bars that are then tensed with the goal of creating a highly rigid structure. Before installing these panels, high-quality stainless steel columns are mounted, laid out in what we call a mixed form because part of the structure is laminated while another part is corrugated steel. Returning to stone as the main element of the building technique means that the result somehow looks traditional: exposed stone yet solid at the same time. All of this was possible by applying the latest technologies in structure, manufacture, precision and quality. This technique is allowing this part of the Temple to be built very quickly; in fact, all five towers, all except for the tower of Jesus Christ, are slated to be finished by mid-2021. 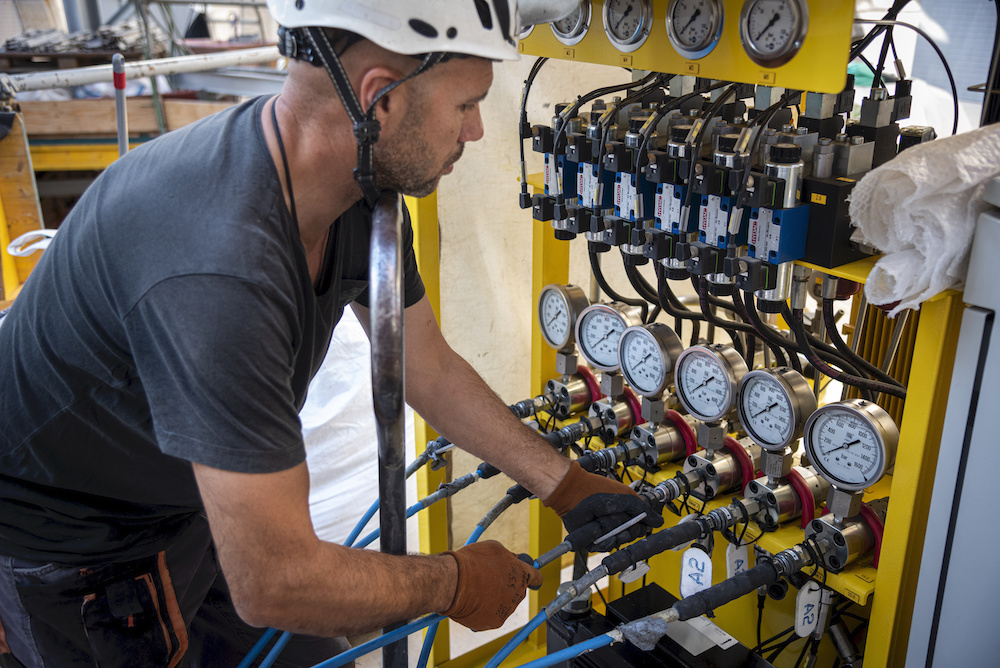 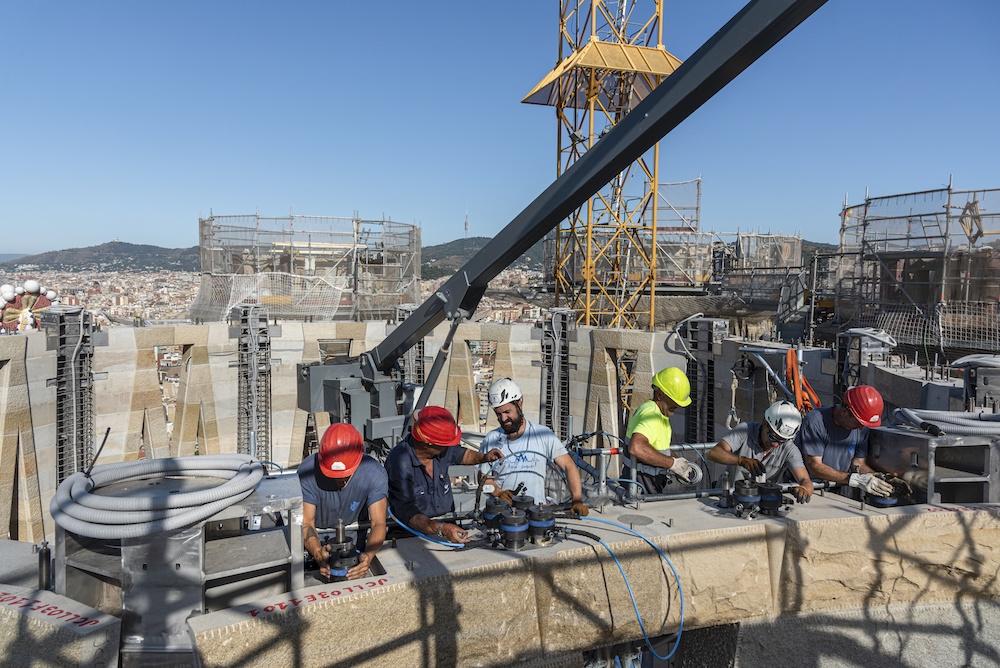 Finally, work on both the design and construction of the Glory façade project is currently underway, and considering the results so far everything indicates that the technique that will prevail when building the towers on this façade will be tensioned stone with a very low amount of steel, primarily due to the architectural forms. The end result will be very similar to the central towers, in which the stone that remains exposed will serve a structural purpose. However, the major difference is the distinct ways the different stones are grouped, which will not be as homogeneous on this façade as it is in the lantern towers. In terms of how long construction will take, it is also expected to proceed quite quickly and should be completed within five years after it is started.