The cornerstone of the Temple of the Sagrada Família was laid in 1882, following the designs of architect Francisco de Paula del Villar. Antoni Gaudí took over the works in November 1883 and, two years later, in 1885, he signed a floor plan for the Temple that the Junta Constructora filed with the Sant Martí de Provençals Town Council to request a building permit. The council did not respond.

However, a map drawn up by the council in 1891 clearly shows a church on the block between the streets Mallorca, Sardenya, Provença and Marina. Moreover, in 1907, architect Léon Jausselly designed several urban-planning proposals for the area around the Sagrada Família for the Pla d’Enllaços (plan to improve links for the areas newly incorporated into the city of Barcelona) and he asked Gaudí what he wanted the area around the Sagrada Família to look like. That was when the architect of the Temple drew what is known as plaça estrellada, which would allow the whole Temple, once finished, to be seen from four oblique viewpoints at 150 metres. 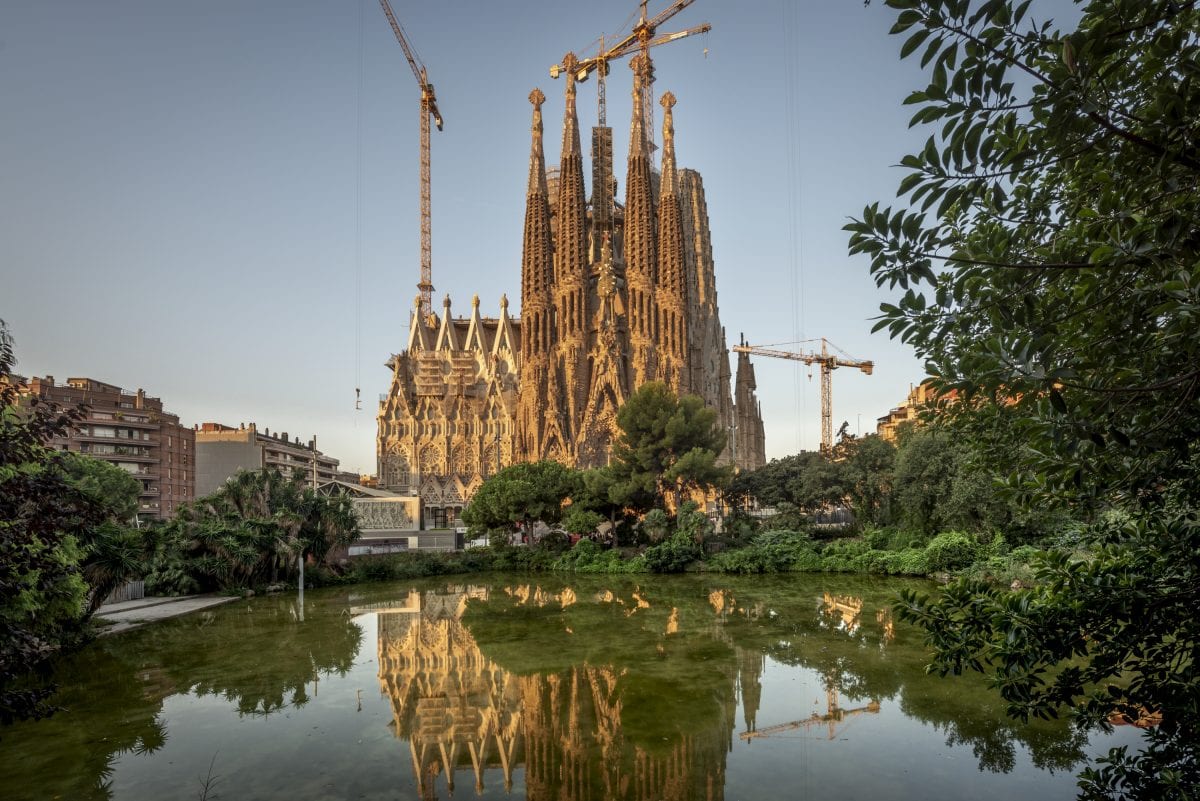 Over the years, the City Council has developed the area around the Sagrada Família. The first significant intervention was to create Avinguda de Gaudí, which probably would have pleased the architect quite a bit as it nearly lines up with one of the sightlines he had drawn. In 1928, Plaça de la Sagrada Família was created (the decision to purchase this land was made in 1922, while Gaudí was still alive); and in 1978, Plaça de Gaudí. In 1976, the General Metropolitan Plan (PGM) set aside the central part of two blocks between the streets Mallorca, Marina, Sardenya, and Diagonal Avenue, approximately 60 metres wide, to be made into a green zone.

Over the 43 years he dedicated to the Temple, Antoni Gaudí was always changing parts of the project, so what is actually being built now differs in many ways from the plans submitted in 1885 and corresponds to what he established in floor plans, section and elevation drawings, and in models, before his death. Gaudí wanted the Temple to be as spacious as possible and proposed a permeable relationship with the city that does not always strictly respect the limits of the plot, proposing elements that go beyond the property line and public spaces inside of it. In line with these criteria, in the 1980s, the Sagrada Família accepted the city’s proposal to expand the road at the corner of Marina and Provença, as well as the expansion on the corner of Sardenya and Provença, which will more than make up for the space the Chapel of the Assumption takes up on the pavement on Carrer de Provença.

The fact that no formal building permit was issued in 1885, although the City Council has recognised the existence and construction of the Sagrada Família on numerous occasions, and the changes Gaudí himself made to the plans that had been submitted, meant it was recommendable and desirable to establish the urban planning around the Temple that would apply to its construction process. So, for two years work has been under way with technicians from the City Council to draft a Special Plan, as the legal urban-planning instrument that, along with the PGM, establishes the urban planning parameters required to grant building permits, updating the application submitted in 1885. 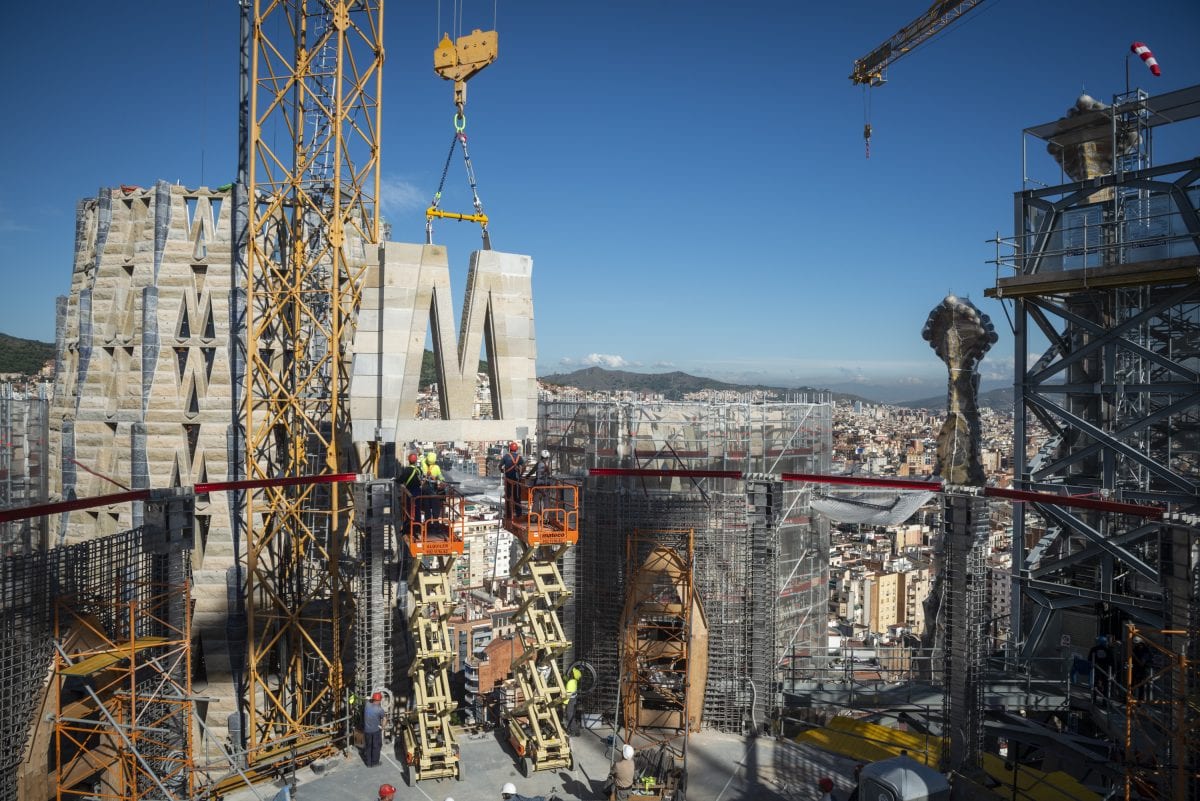 The Special Plan covers all of Antoni Gaudí’s project, with some small adjustments to limit the amount of street space it occupies. In terms of expanding the project beyond the current property lines, through a one-off modification of the PGM that will be processed at the same time as the Special Plan, construction of the Chapel of the Assumption is expected to occupy a few meters of what is now pavement on Carrer de Provença. With regard to the Glory façade, as Gaudí designed it, execution of the majority of the narthex is dependent on approval of the new instruments organising the area around the Temple, from Carrer de Mallorca to Diagonal Avenue.

The Special Plan also includes all of the services that are required nowadays for the Basilica to operate properly. So, it includes the floor Gaudí designed under the Temple floor and at street level on Carrer de Mallorca, and other basements in the spaces in front of the façades and under the chapels and sacristies on the four corners. All of these spaces will be used for cultural purposes associated with the Temple, like the museum, visitor services, security, staff services, climate control and more.

Once approved, the Special Plan will make it possible to apply for and be granted a building permit based on Antoni Gaudí’s project and to implement all of the services the Basilica needs today. It is a result of ongoing dialogue and teamwork between the City Council and the Sagrada Família and also includes plans for the Basilica to contribute financially to improve its surroundings, by redeveloping the roads and improving transport services. 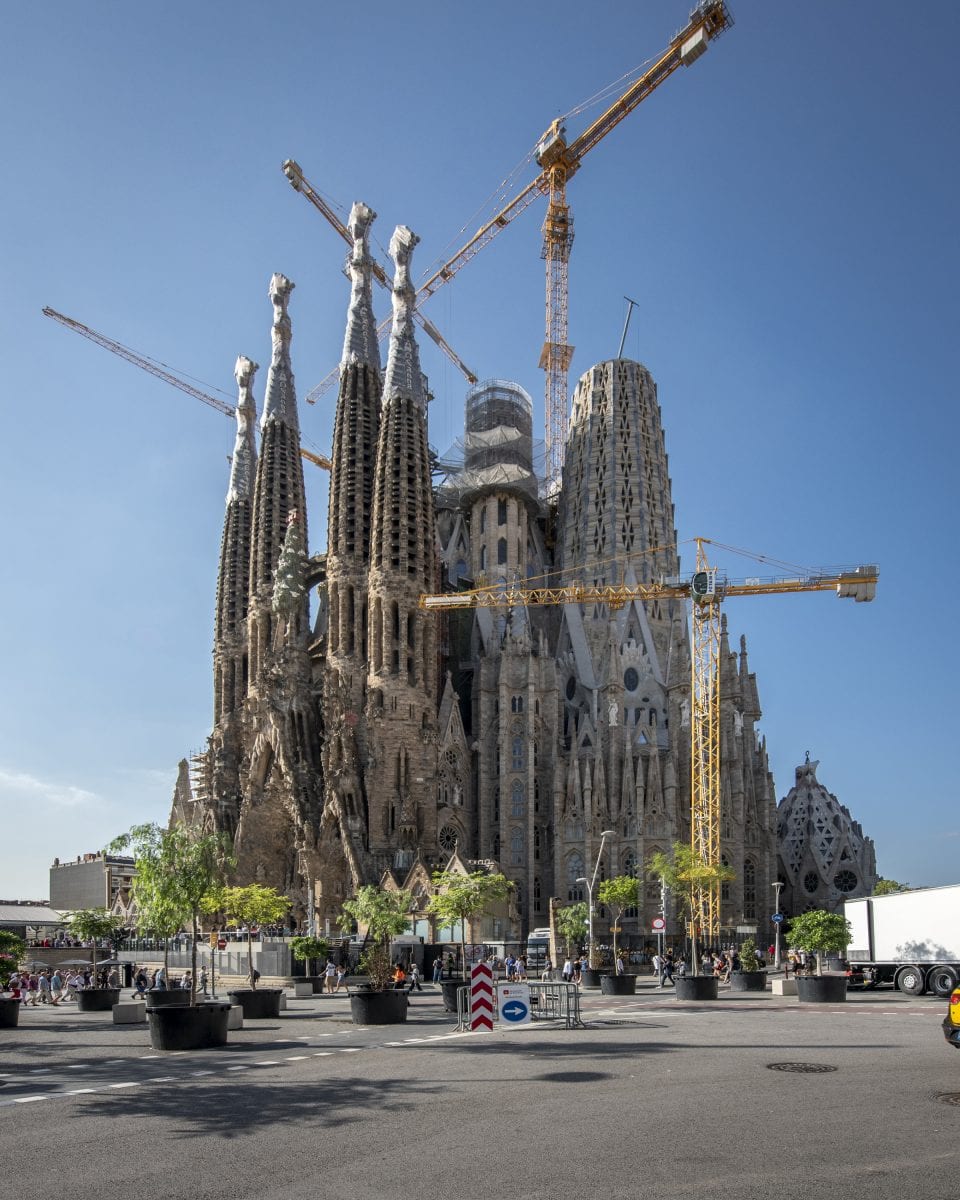