At the Temple, the top priority has always been to continue the construction works, which now focus on raising the central towers. However, with the works, many other needs have arisen and everything that has grown up with the monument has reached a level of importance that cannot be ignored.

Some of these needs arise from the greater number of events held at the Temple and the increase in visitors. In addition to making it necessary to move some work departments in order to offer a better experience to those who come visit us (for example, the Model Workshop was traditionally located in the space under the Temple that is now used as the museum and exhibition space), this also means we need more services, with more cables for lighting and multimedia communications, water pipes and, above all, heating, cooling and ventilation systems.

In balancing the different uses of the Temple, however, we have come up against several complications. For example, digging a trench to lay cables or a trap door for maintenance in a space that has been finished or is occupied by visitors or those attending an event, was quite problematic. However, the block the Temple sits on has power running from one side and water from the other. So, both utilities had to be redistributed to run throughout the plot and these channels were not always available or anticipated. Often, the channels that had to go from one side of the Temple to the other were visible where they ran through the apse pit.

These complications grew after the dedication of the Basilica, in 2010, as there were more and more visitors after the official inauguration. This was when it became clear that a service gallery was needed supplying the whole Temple, separate from the daily use and flow of visitors.

At that time, moreover, work was under way on the sacristy and its adjoining courtyards. This building would hold offices, with the resulting need for heating, water, power, telecommunications, etc., something that hadn’t happened at the Temple previously. These needs were initially resolved by locating the necessary cables, channels and machinery in provisional places. But it soon became clear that these things had to be organised in a service gallery that could connect any element, providing access to any point on the block without affecting normal use of the building.

This service gallery not only had to provide space to run utilities but also for maintenance works. As the space needed to be independent from the other uses, it would have to go underground. This prevented any interference and made it easier to get any other location. So, taking advantage of the fact that the sacristy and adjoining courtyards were still under construction, work began on a service gallery that would become, in the not so distant future, a service ring surrounding the whole Temple. 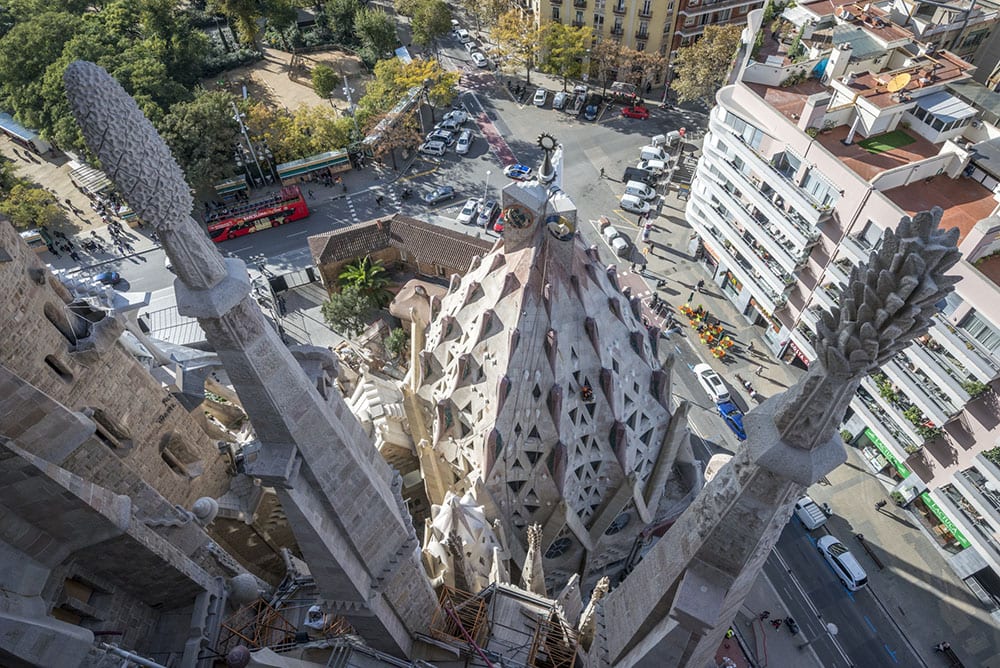 AND HOW WAS IT BUILT?

To make this ring possible, we had to work below the underground floors already built, which was no easy feat.

First, it meant finding the safest method possible, because when working underground the soil is often unpredictable and can be full of surprises. In fact, this type of works is always highly complex and must be done with great care. So, the excavation system not only had to be efficient, but also the safest possible option for operators, machinery and everything nearby or on top of the work area.

Once this point was reached, the first thing built was the working shaft: a vertical hole down to the depth where work would take place. This shaft would be used to take in everything needed to dig the tunnel. As most of the material was extremely heavy, it had to be lifted in using the crane.

One of the works prior to excavation was building a protective shield: a steel framing with girders and sheets of metal. The shield had the same width as the tunnel and was long enough to protect the excavator and the workers underneath it. Nevertheless, in order to ensure maximum safety, we wanted the machine to be remote-controlled. This way, the operator using the machine was behind it, protected, while the excavator dug the tunnel in front. From here, we started putting in several metal doors with metal sheets between them. These metal sheets were used as protection as well as the form for the cement that was poured at the very end to give the tunnel its shape and stability.

In order to remove the soil that was taken out of the tunnel, we used a combination of conveyor belts and pallet jacks to carry the bags of soil from the front of the tunnel to the working shaft. Once it was there, the soil was removed using the construction crane. 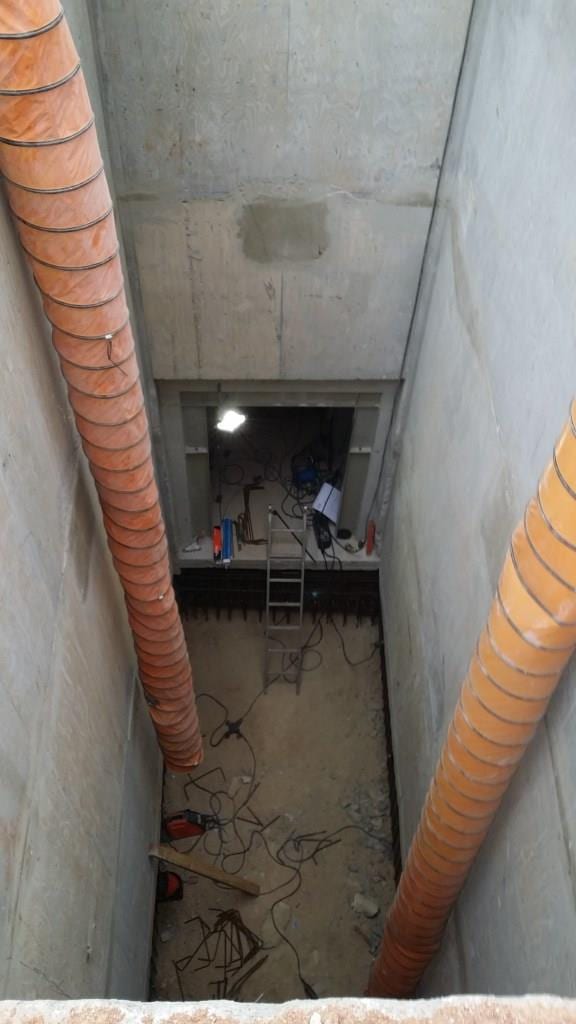 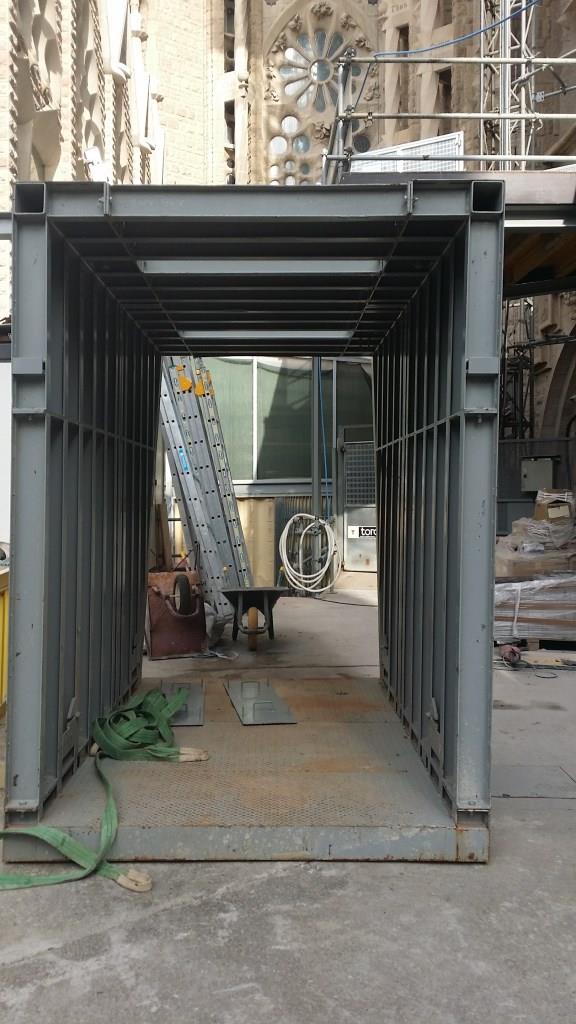 The first phase of this project created approximately half of the ring. Now, it is finished from the western sacristy, running under the whole Passion façade, to what will in the future be the main façade.

So, to close the circle, we still have to connect the gallery on the other side. This means the section along Carrer de la Marina and Carrer de Provença, from the Glory façade to the western sacristy, running in front of the Nativity façade, the future northern sacristy and the Assumption cloister. So, we have to wait for the final works still to be done on the northern part of the block to complete this service ring and fully optimise day-to-day maintenance tasks. 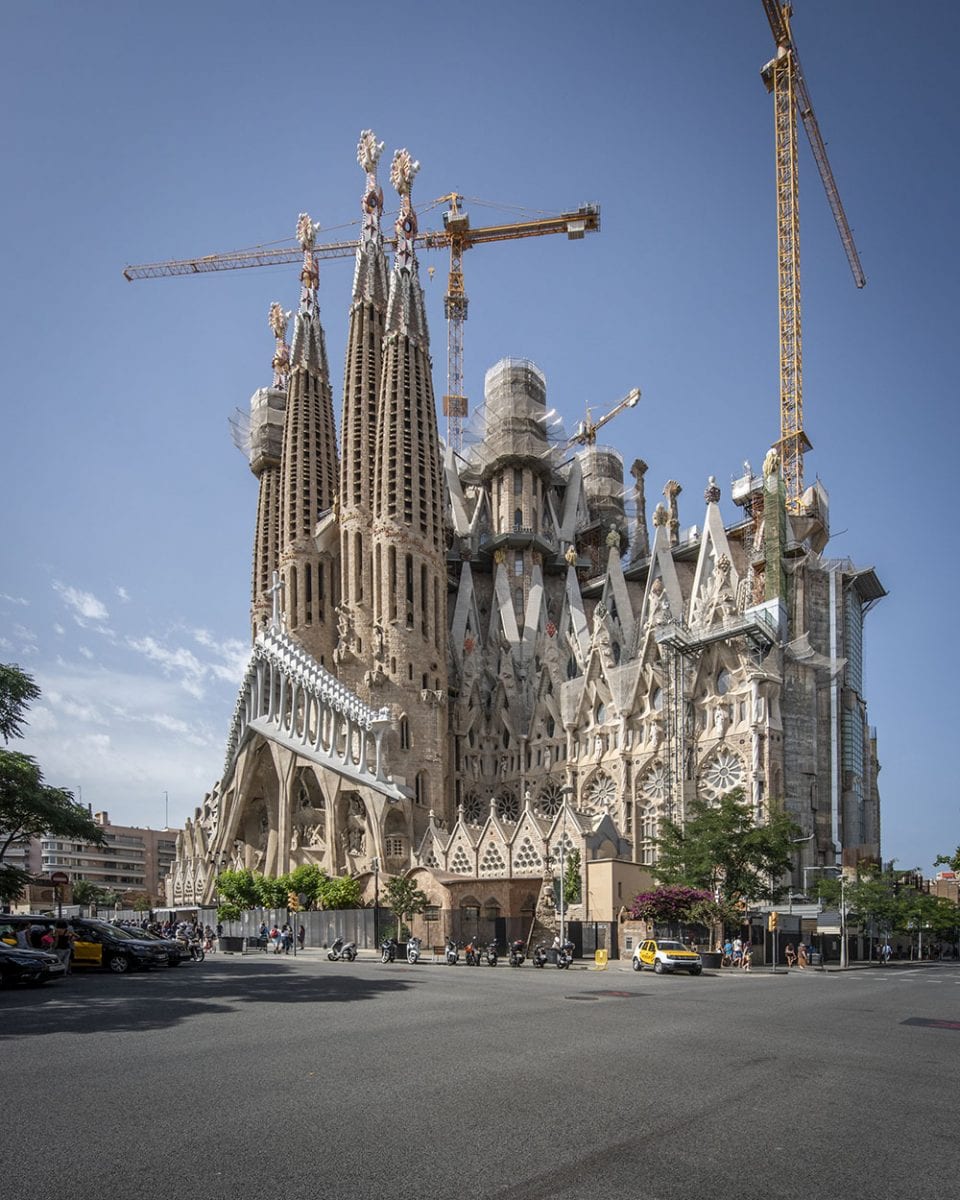