There have been, are and will be many historical moments along the Sagrada Família’s path towards 2026, the year the Temple architecture is expected to be completed. And one of them has taken place this year that is about to finish: in 2019, the central towers grew so much that they are now taller than the bell towers that previously characterised the Temple profile. So, the iconic image that has represented the Sagrada Família for more than a century, of the towers on the Nativity façade in silhouette against the sky, is becoming a thing of the past as the building moves on towards what it will look like with the six central towers standing up to 172.50 metres tall in 2022. This, however, wasn’t the only milestone reached in 2019. As we are about to ring in the new year, let’s look back at everything that has taken place at the Sagrada Família over the past twelve months.

Construction of the central towers of the Sagrada Família has carried on without pause throughout the year. So, the tower of Jesus Christ, which started off 2019 with one level of panels in place and standing 90.86 metres tall, is finishing the year with five levels and 111.78 metres tall. The towers of the Evangelists started off with five levels of panels and standing 92.80 metres tall and are finishing with ten or eleven levels of panels and 106.14 and 108.18 metres tall. The tower of the Virgin Mary, which rang in 2019 with fourteen levels of panels and a height of 102.30 metres, will say goodbye to the year with eighteen levels in place and standing 110.65 metres tall. This tower was not only the first of the six central towers to start rising, in December 2016, and the first to surpass the one-hundred metre mark, a height the other central towers also reached in 2019, it was also the first on which the final level of panels have been put in place. Although there will be nineteen levels in total, the remaining panels are special because they are part of the pinnacle that will crown this tower. 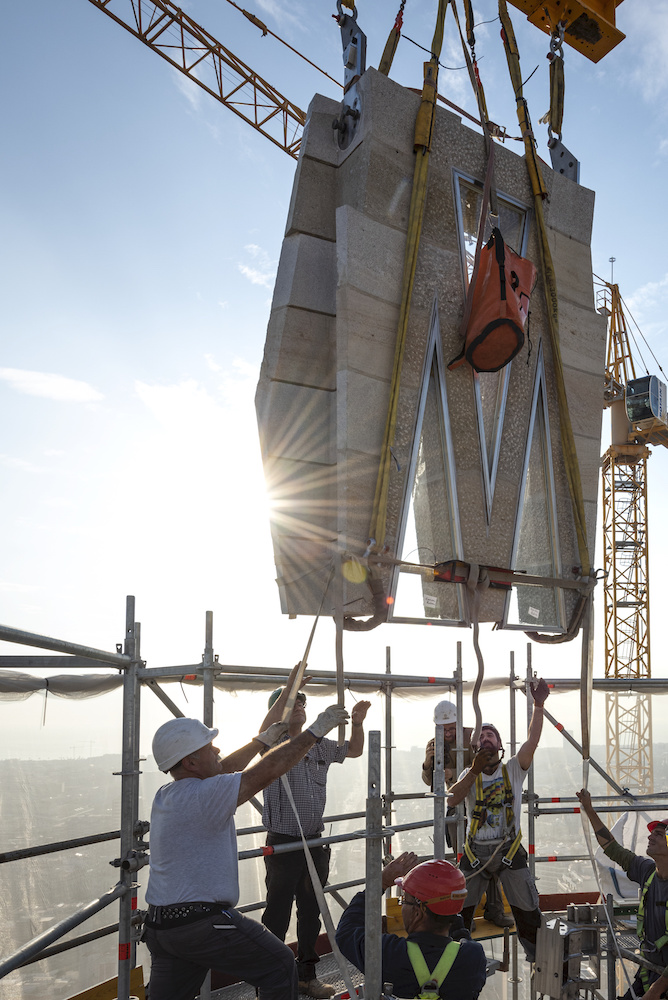 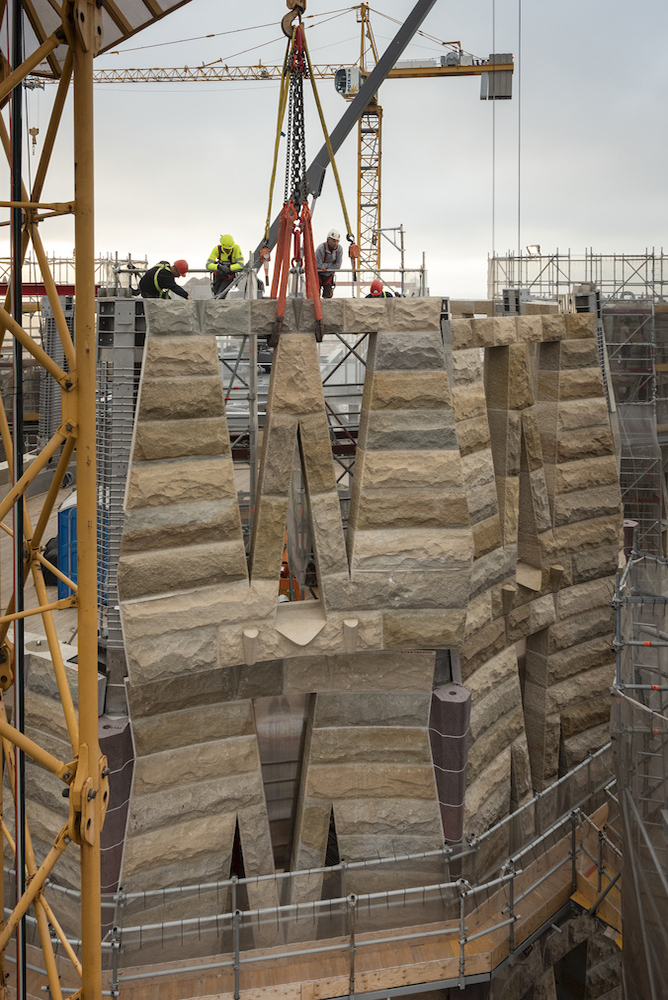 The significance of the growth of these central towers in 2019, though, goes much further than just the figures we mentioned above. Because, at their current height, these towers are already taller than the bell towers on the Nativity façade, the tallest of which, on either end, stand 107.50 metres tall; and taller than the side bell towers on the Passion façade, which are 102 metres tall. To fully surpass all the bell towers built so far, they will have to stand over 112 metres tall, which is the height of the central bell towers on the Passion façade. The towers of the Evangelists will reach this height when the thirteenth level is put in place, the tower of the Virgin Mary with the nineteenth level and the tower of Jesus Christ with the sixth level. The heights reached this year mean the silhouette that has characterised the Sagrada Família for over one-hundred years is beginning to change, being completed with the central towers that, when finished, will make the Basilica the tallest building in Barcelona. 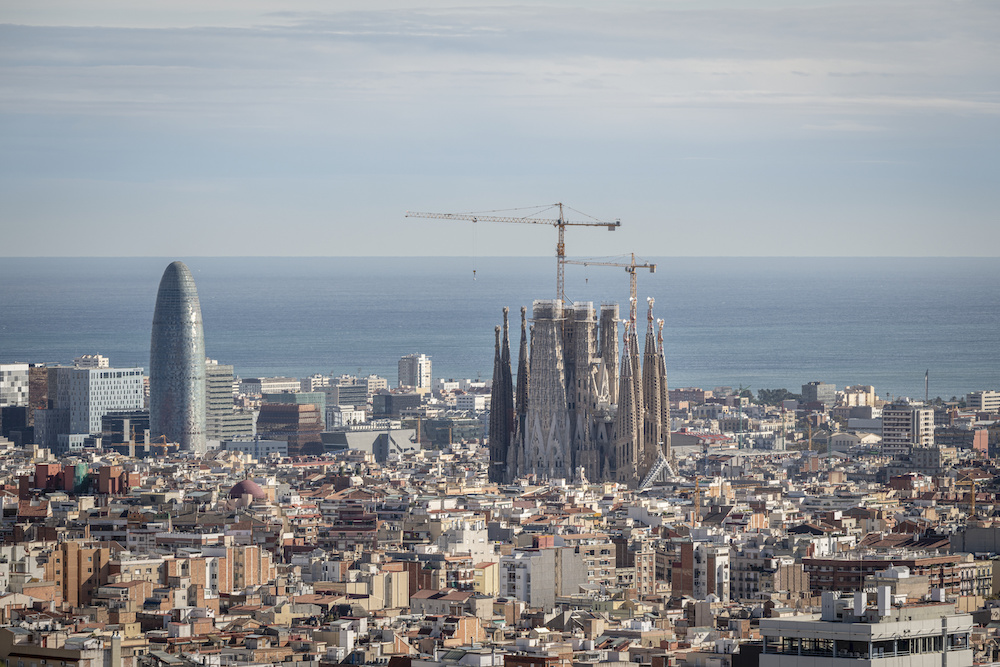 3- BEYOND THE PANELS: INSIDE THE TOWERS AND THE PINNACLES

This upward growth hasn’t been the only advance with the central towers in 2019. In fact, this year we have found out what the pinnacles crowning the towers of the Evangelists will look like. At this year’s Open Doors Days, we revealed the project for these pinnacles, which combines architecture, sculpture and symbolism. So, among other things, this presentation showed that the pinnacles will be 22.5 metres tall, which is about the same as a five-story building in Barcelona’s Eixample district or one-fifth the size of the whole tower. Construction has already begun on these pinnacles, which are expected to be put in place in 2021. The first tasks are focusing on the icosahedrons that will be in the centre, between the base and the representation of the tetramorph.

In addition to these towers, work on the tower of Jesus Christ and of the Virgin Mary has moved beyond just the tensioned-stone panels. On the former, in March work began to build the staircase and inner core, while the skylight that will go inside the latter is now finished. 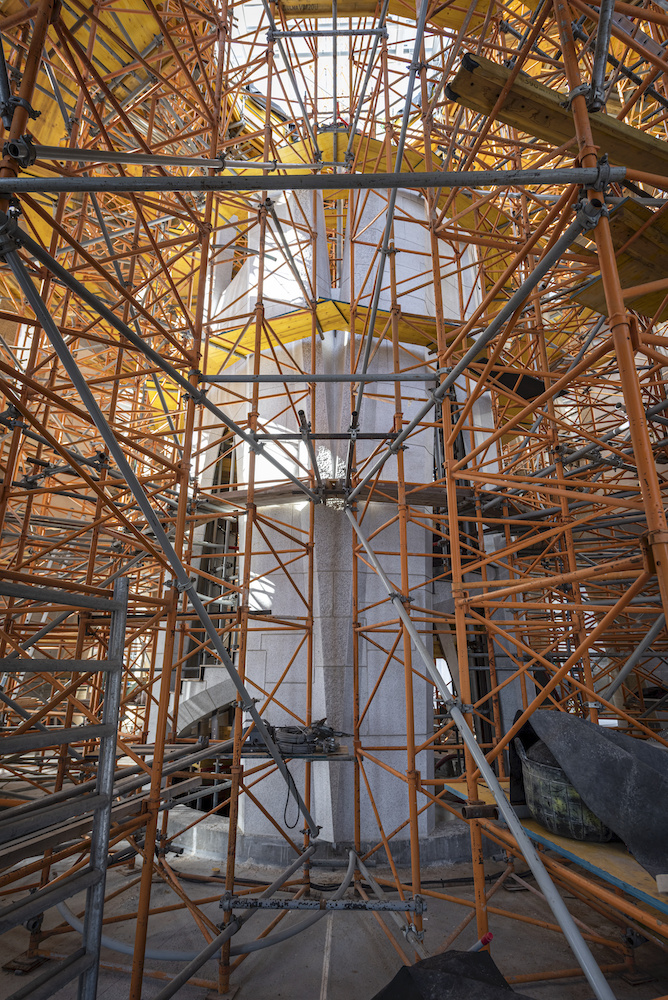 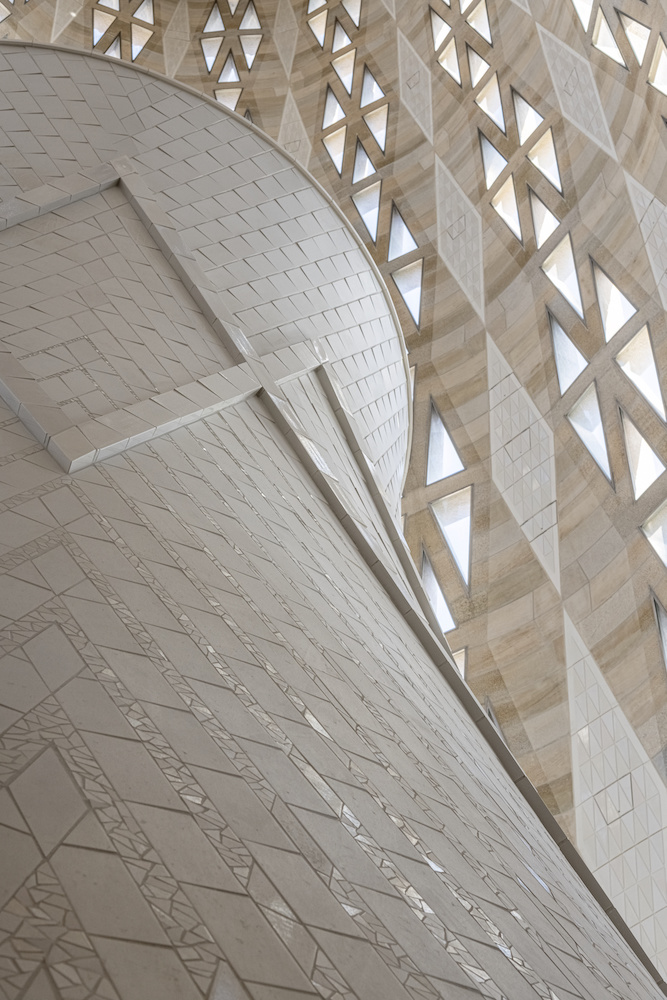 4- WORK BEGINS ON BAPTISTERY BASEMENT AND ROOFS ON SIDE NAVE

The works at the Basilica in 2019 weren’t only about the central towers, though. In late September, work on the Baptistery basement began, on the side of the Glory façade closest to Carrer de Sardenya. There are two basements below the street level of Carrer de Mallorca that will house various services. The significance of these works lies in the fact that it also means work has begun on building the Glory façade, which includes the Baptistery and Chapel of Penitence and the Sacrament.

Additionally, in December work began on the roofs of the side naves, located 30 metres off the ground, above the choirs and the vaults on this level, which will power on in the new year. 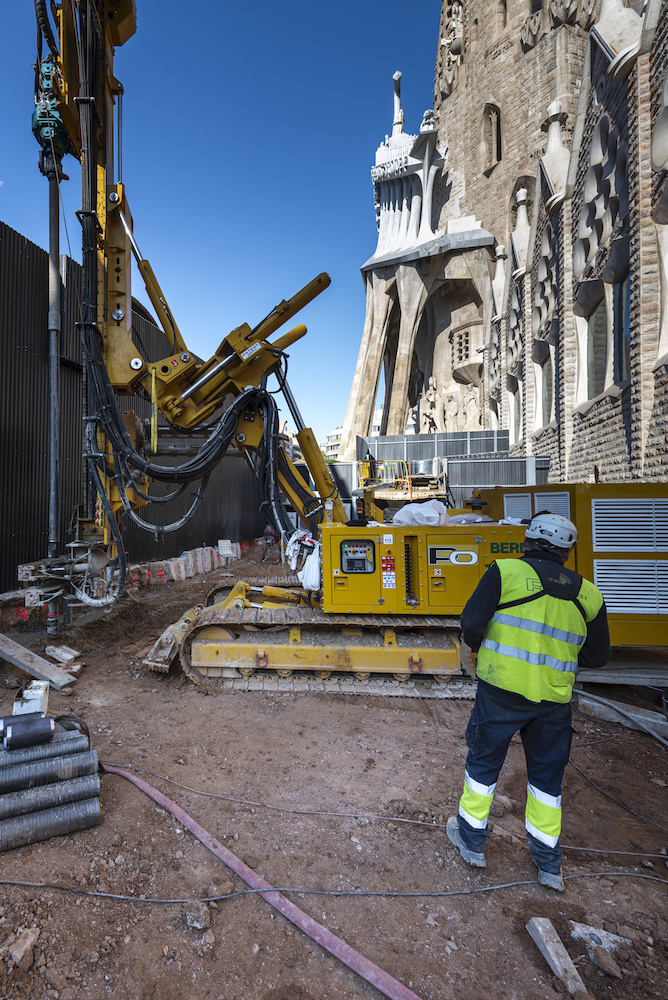 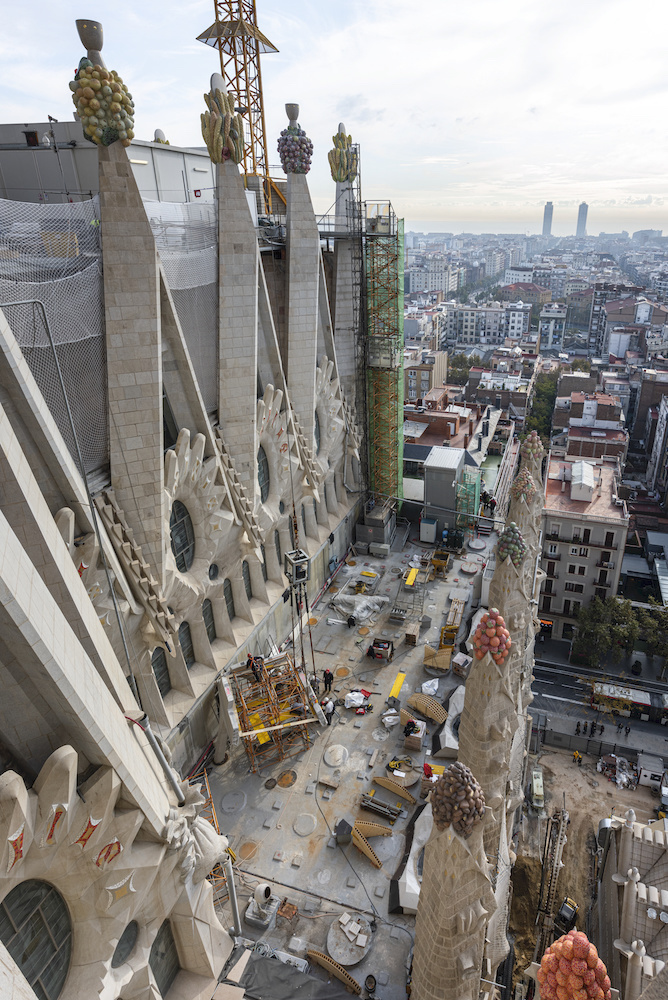 24 July 2019 will go down in the history of the Sagrada Família as the day the Temple was finally granted the building permit it applied for in 1885, three years after having begun the works. This year, the Barcelona City Council formally presented Executive Chairman of the Junta Constructora de la Sagrada Família Esteve Camps with the permit at a public event that brought two years of collaboration between the Council and the Basilica to an end. Previously, the Council had approved the Special Integrated Urban-Development Plan (PEUI) and a modification of the General Metropolitan Plan (PGM), setting the urban-planning parameters for the Temple and allowing the Chapel of the Assumption to be built behind the apse. The special plan was approved by the Barcelona City Council in late February and this past June, the government granted the permit. Execution of the part of the project for the narthex on the Glory façade that extends beyond the line of the pavement will have to wait for a future Special Plan. 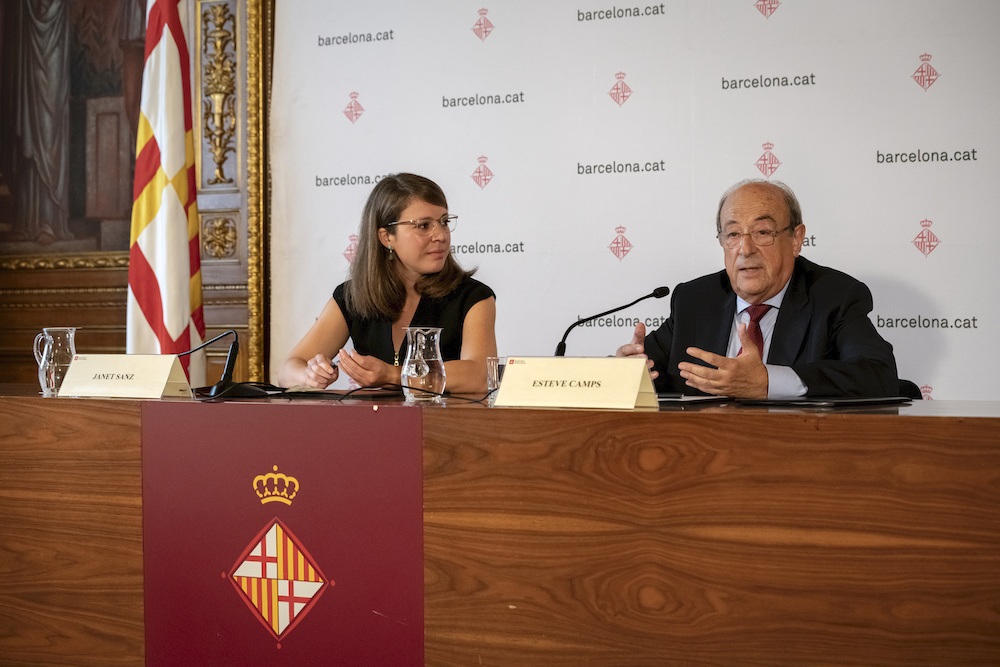